Last night I went to see Down at the House of Blues. This was the third time I’ve been to House of Blues in less than two weeks, my friends were starting to think I was moving in there because I was going there so often! For those of you who aren’t familiar with the band, Down features Phil Anselmo from Pantera, along with Pepper Keenan from COC and a guy from Crowbar among their cast of talented musicians in the band. They’ve been around for awhile now, but I think they took off a few years until just returning with a new album and tour. 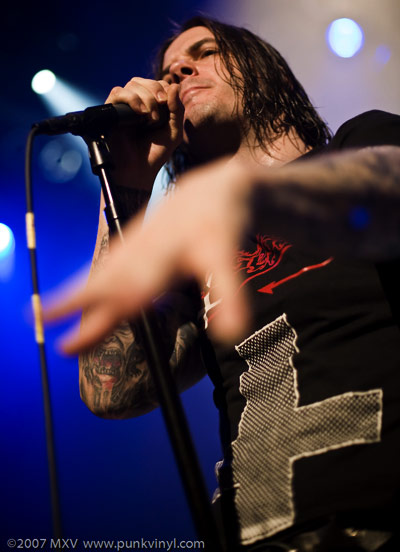 The show was billed as “An Evening with Down” and there was no opening band. This certainly appealed to me! About an hour after the doors opened and the club was starting to really fill up, they started showing a Down video presentation. This video featured various live clips of mostly 70’s rock bands (and Black Flag at one point) and after each one they showed some footage of Down backstage, outside, and up to various hi-jinx. The video lasted about an hour and depending on what was being show, the crowd would applaud and seemed pretty entertained by the whole thing while they were drinking their beers and anxiously awaiting the band to start. 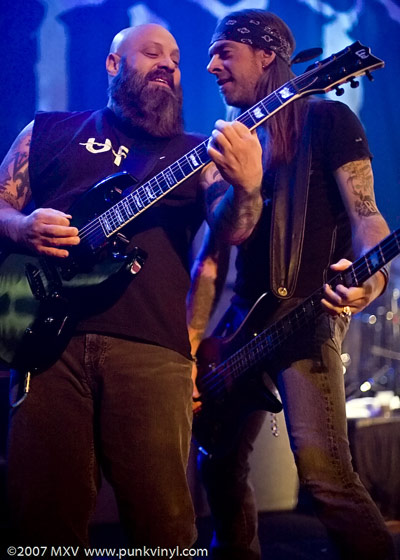 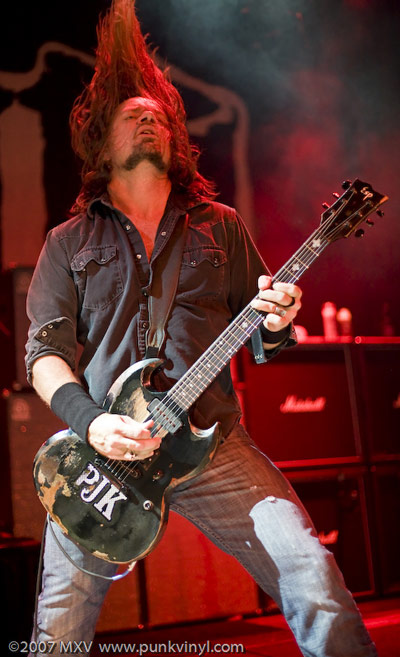 The video ended with it stating the next band was going to be Down. As some weird keyboard type noise filled the speakers, the curtains opened and the band was standing there ready to play. The crowd were voicing their enthusiasm quite loudly as soon as this happened and Phil acknowledged them and the band immediately got to work. 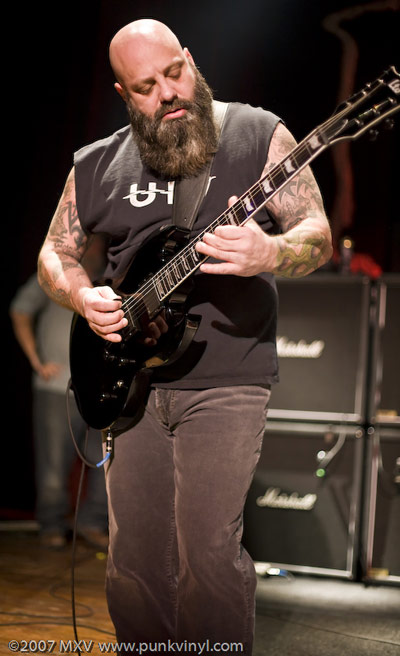 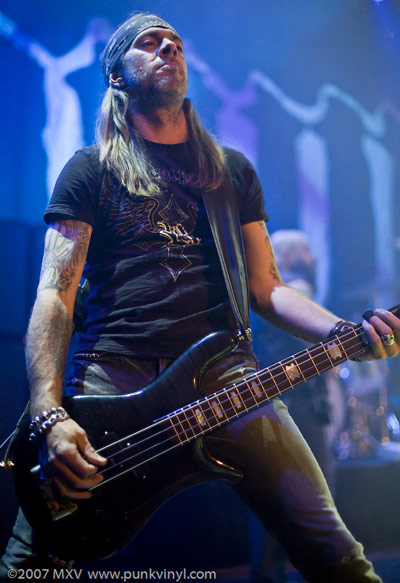 As soon as they started playing, the crowd were banging their heads, cheering, sometimes singing along and crowd surfing. The band played spotlessly with a lot of enthusiasm. They would stop for a minute or two between songs and Phil would hold court by telling various things to the crowd and playing up to them. At one point they started doing a Led Zeppelin cover only to have Phil stop them one minute into them and have them do a Down song instead much to the amusement of everyone there. 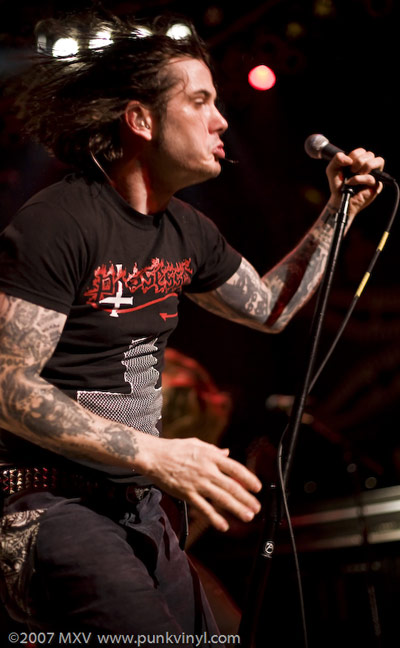 The band played for about two hours and pretty much all their records were represented fairly evenly. I do know they played a few off the new album but I haven’t heard it to tell you how the new songs sounded live compared to their studio versions. I can tell you they sounded good being the first time I’ve heard them and Down is about as good of a rock band as you could ever currently witness in a live setting. The older songs sounded equally excellent in a live setting. The band never seemed to grow tired and the crowd never seemed to lose interest. Overall it was a very solid rock show that was worthy of being in a larger venue as this one sold out and they had to turn people away. I’d bet they easily could have filled up the Riviera (which holds about 1000 more people).

Additional photos can be seen on MXV’s flickr stream.