The Prodigy 5/23 at Congress Theater

I became a fan of The Prodigy when I first heard a song of theirs in the video game Wipeout XL but I never had a chance to see them live until last week when they rolled through town to play at the Congress. 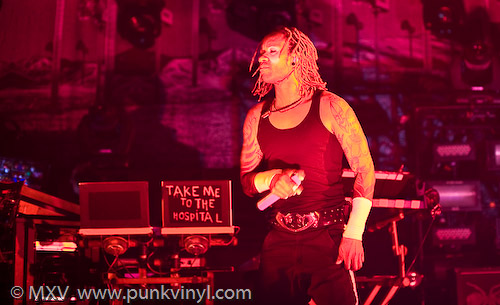 The doors were supposed to open at 7pm but I was tipped off that The Prodigy wouldn’t be going on until 11:30pm so I opted not to have to hang around the club for four hours which meant I also missed the opening act, Tiga, so I can’t tell you anything about  it. When I did arrive there was a steady stream of people entering the club so I think the word got out pretty quick about the late start time. When I got into the theater I noticed that the place was pretty full of fans eager for the band to start playing. 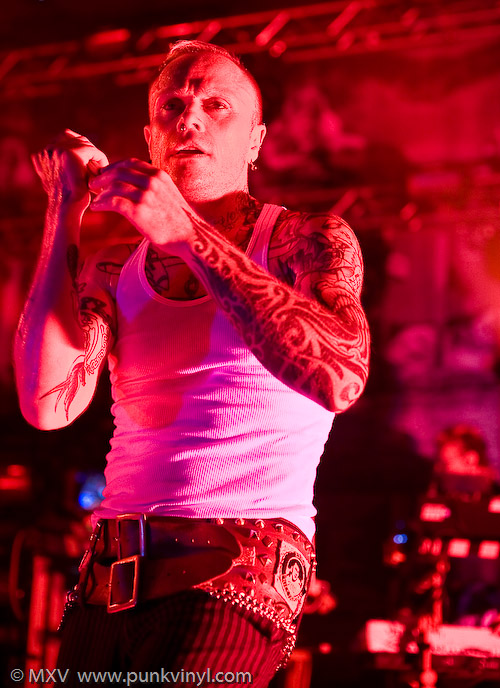 About 20 minutes after I unpacked my camera gear the DJ stopped playing, the lights dimmed and The Prodigy started filing out on stage. Their setup consisted of the main muscial guy behind a rig of laptops and various equipment, a live drummer, a live guitar player and the two singers. There was also tons of strobes and flashing colored lights that never let up, which made the task of photographing the band rather challenging but certainly was fitting ambiance for the style of music the band plays. 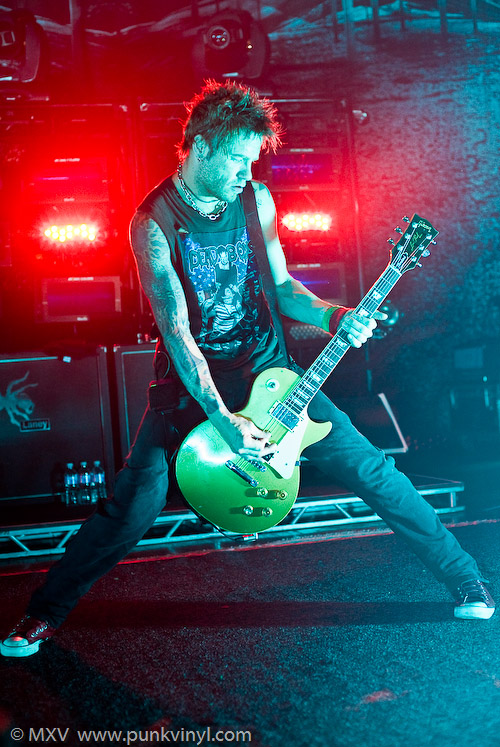 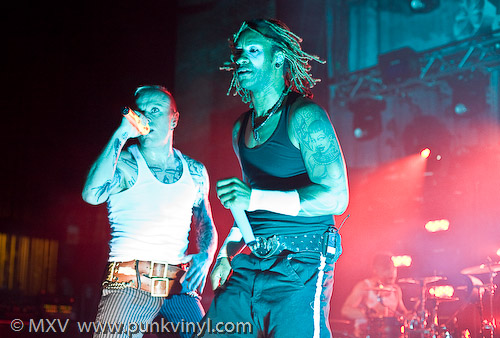 They opened with a song from the new album, Invaders Must Die and the crowd instantly started dancing. Both singers were running and dancing all over the stage and barely stood still. In fact those two guys must burn about 5000 calories each per show considering they never stopped moving, jumping up and down, and dancing the entire time while the band played. From there they went straight into “Their Law” which is one of my favorite songs of theirs. The crowd were dancing even more than during the first song and from there it was a mix of newer songs plus some of the crowd favorites like “Breathe”, “Poison (my personal favorite)”, “Firestarter” and near the end of their set they played “Smack my Bitch Up” which resulted in nearly everyone in the crowd dancing to. 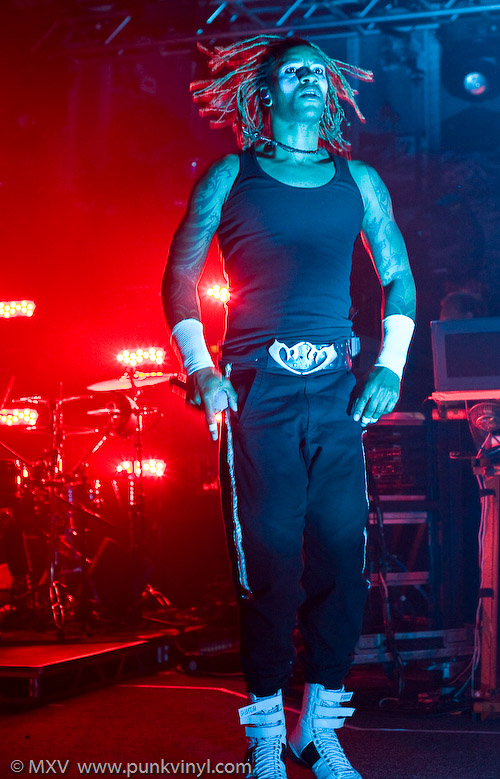 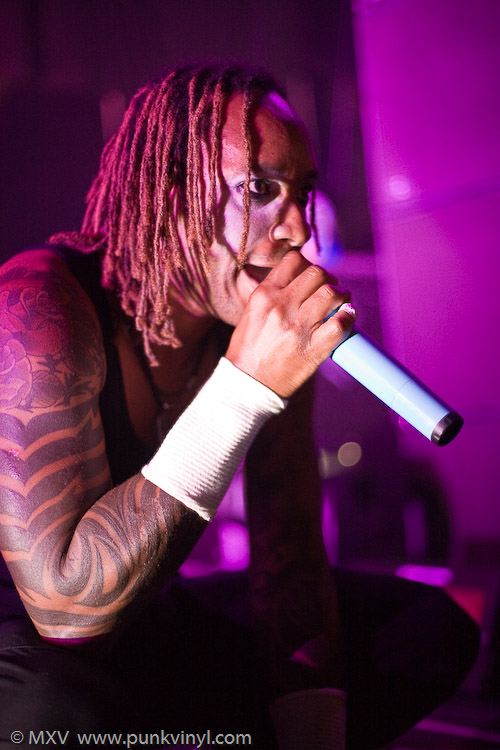 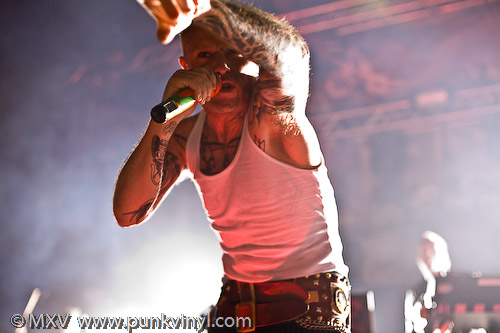 The band came out for an encore which consisted of a few songs including “Diesel Power” which has such powerful bass I thought plaster was going to start falling from the ceiling. Everywhere I looked people were dancing in place, or with each other. Looking around it was a pretty diverse audience too, not your typical show crowd which I found pretty fascinating. After close to 90 minutes the show was over, people were drenched in sweat and The Prodigy put on one hell of a show.