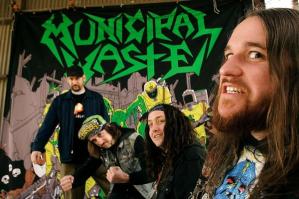 Municipal Waste announced last week that due to an emergency they had to cancel their upcoming European Tour.

The band has released the following statement regarding the matter:

“We regret having to cancel our recent European dates, but an unforeseen family emergency prevented us from being able to make these shows. We apologize to all the fans and promoters. We’ll be back on European soil by the end of the year and look forward to seeing all of you soon!”

The affected dates include all shows planned from July 24th in Brussels, Belgium, through to and including the band’s planned appearance at Sonisphere Festival in Knebworth, UK on August 1st.