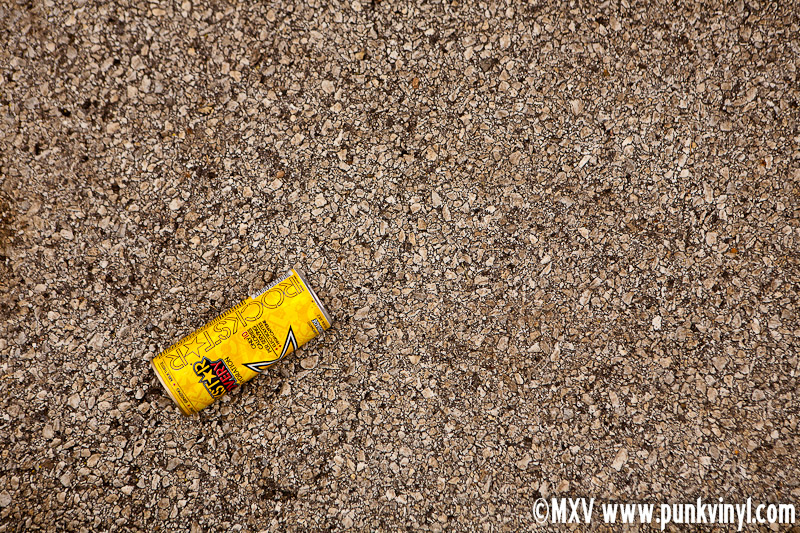 On Friday legions of metal fans converged at the First Midwest Bank Amphitheater in Tinley Park for this year’s Rockstar Mayhem Festival. This year’s show featured a completely different lineup than the one last year and had a pretty nice lineup of bands to fill up the day. The show drew a very large crowd that showed up early to see nearly all the bands play on the multiple stages.

First up, Shadows Fall took the stage on an overcast day that threatened rain. Their singer had the longest dreadlocks known to man and whipped them around as he screamed and yelled his vocals. The band played metal with some hardcore elements thrown in for good measure. They were pretty fast and very heavy. They had quite the legion of fans in the audience too as there was already a huge crowd of people out there showing their appreciation with pumping fists and crowd surfing. They were one of the better bands of the day.

In This Moment were second. They were a metalcore type band with a female singer who was easy on the eyes and wore something that looked like a gladiator cocktail dress. She screamed her lyrics quite a bit but there was also some more melodic parts to their songs too and she had a pretty impressive voice. They were one of the more accessible bands of the afternoon.

Chimaira took the stage next. They were a straight-up thrashy metalcore band. Lots of low/heavy riffs, mid to fast-tempo speeds and growling aggressive vocals made for a pretty heavy combination that got the crowd worked up into a frenzy. The band beat their instruments into submission and the crowd ate it up like candy.

Atreyu immediately followed. They were an odd choice for this fest as their sounds was a cross between metal and emo, leaning more heavily toward the emo. They had some heavy portions to their music but also that wimpy melodic emo style of pop that would have been better suited on a stage at Warped Tour the next day. In what can only be described as excessive, the drummer had three kick drums.

Longtime metalcore favorites, Hatebreed, did their best to erase any melody and femininity by terrorizing the audience with their insanely hard and fast music. The singer growled like a rabid animal as the band played a tight set of metalcore blasts. The crowd showed their appreciation big time by yelling, jumping, surfing, and moshing. They succeeded in cleansing the crowds palate.

Norma Jean closed out the secondary stages portion of the show. Not ones to be outdone by Hatebreed, they totally upstaged them with even better metalcore than what came before them. Their singer was a ball of energy and paced and flailed around the stage as his bandmates pummeled their guitars and dropped bombs of heavy sounds on the audience in four-minute increments. They were pretty damn good and a band well worth checking out if you get a chance.

Over on the main stage the action got started with Five Finger Death Punch. Their singer was all painted up and looked pretty menacing. The music was mid to fast tempo metal and the singer would either yell or sing with a soulful bellow. It was a cool dynamic that worked pretty well and they were very energetic, making for a fun set. The crowd loved them and by this time the pavilion was jam-packed and half the lawn behind it was full too.

Lamb of God, a band that had legions of fans in the audience, soon followed. They played a style of metal that incorporates elements of punk, thrash, speed, and mid-tempo metal and rock that made for a very heavy and varied sound that really worked well, especially in a live setting. Their diversity of influences made them stand out as one of the very best bands of the entire festival and odds are the band will just keep getting bigger if they keep it up. The crowd absolutely loved them and some even wanted an encore when they finished playing, which they sadly didn’t get.

After a very long setup which included erecting robotic armored skeletons and video screens, Rob Zombie took the stage to a very anxious and eager crowd who were chanting for him for a good few minutes before the lights dimmed. The band started playing as Rob entered the center of the stage through the chest of this armored skeleton that shot smoke and fire and had glowing eyes. He was all decked out in some crazy costume and the entire band was visually entertaining in their various outfits. The band had a lot of props, smoke, and fire and Rob ran all over the stage as he sang. It’s pretty amazing how he has made such a successful career out of having the word, “yeah” be the foundation of which most of his songs are created (a gimmick he stole from Henry Rollins’ Lifetime album no less), but say what you will about that, the man put on one hell of an entertaining show. The band played a variety of Rob Zombie and White Zombie hits, of which there really is no musical difference between the two bands and the crowd batted beach balls around, flashed their breasts, sang along and danced. It was a modern twist on your old-fashioned big rock show that would make Kiss feel like proud fathers. Rob talked a lot between songs too and their hour-long set went by quickly. They even threw in a cover of Alice Cooper’s, “School’s Out”. Add one big drum solo and a guitar solo that climaxed with said guitarist smashing his guitar and you had the ingredients for a great rock show.

When all the Zombie debris was cleared from the stage, the crew erected a facsimile of an oil drilling site complete with moving pumps and then Korn came out and proceeded to show the audience why they are really the only “nu-metal” band that survived that fad. The reason was because they are/were infinitely better song writers and found a great niche of really low-end heavy music with a great balance of power and melody. Jonathan Davis is a commanding front-man who has an impressive range to his voice, and a seemingly bottomless reserve of energy. The man thrashed and flailed and stalked the stage endlessly, only stopping for maybe 30 seconds at a time to stand and sing at his custom-made mic stand.

The band played a great variety of songs from their various albums including, “Freak on a Leash,” “Blind,” “Clown,” “Chutes and Ladders (where bagpipes were played by Mr. Davis),” “Got the Life,” and “Here to Stay”. The band featured an additional guitar player and keyboard player who were buried back near the drums and their songs really translated well into the live setting with this expanded lineup. The full house was extremely entertained but for some reason the band didn’t come back and do an encore at the end. Not to be outdone, the band had two different drum solos and a guitar solo that segued nicely into songs including a cover of Metallica’s, “One” that they probably do better than Metallica these days (they only did the second half of the song, the fast part).

Overall the Rockstar Mayhem Fest was a really fun way to spend a full day and aside from a bit of rain which did nothing to stop the festivities, you couldn’t have asked for a nicer day.