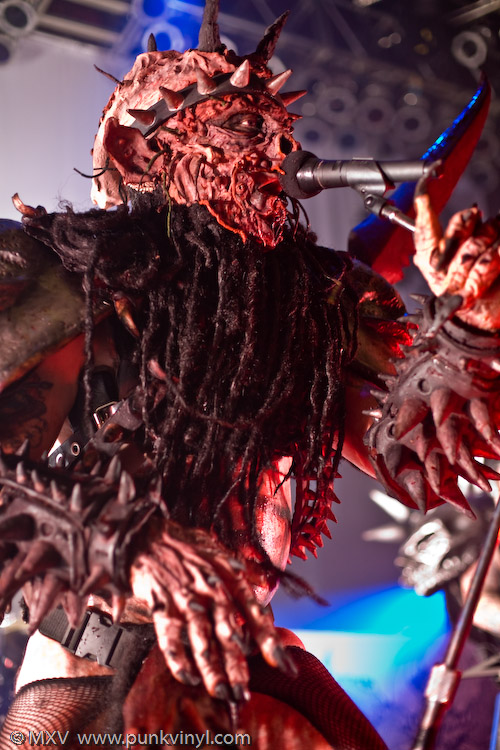 It is a safe bet that I will once again don the rain poncho and camera cover in order to shoot these guys once again. Gwar announced they will embark on a tour this fall on the Bloody Tour of Horror. The tour will take them around various spots in North America and last about a month.

When asked about the bands touring and release schedule, , Oderus said, “Nothing less than the utmost display of blatant aggression will suffice to appease the lust of our fans, especially in this, our extra violent 25th Anniversary. It is patently unfair to compare our exploits with that of other bands…they are, after all, only human…”