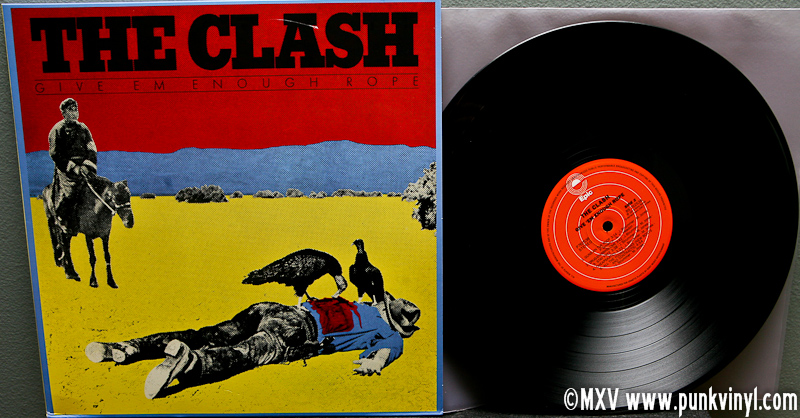 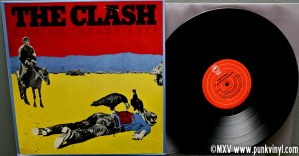 A year after they released their first album (in the UK at least), The Clash followed it up with a second full-length titled Give ‘Em Enough Rope. It was released way back in 1978 in both the UK and the US and as far as the US went it was the first Clash album released here. The band got a little more musical and accessible on this album and as a result the album was declared album of the year by both Rolling Stone and Time magazines. While the music wasn’t nearly as punchy and not quite as fast, the album was still full of a lot of great songs and was a solid follow-up to a stellar debut.

Like most old records, this album went out of print on the vinyl format sometime in the 1980s and remained that way until about six or seven years ago when it was reissued for a very limited time and then went out of print again. If you missed the original or the limited reissue back then all you had left to choose from were CDs or finding used copies of the old vinyl. Just like the first album, Drastic Plastic Records were kind enough to reissue this album in a high quality vinyl package.

The LP comes in a standard, thick and glossy jacket printed in full-color. The artwork is faithful to the original American pressing that had the block letters for the band logo. Unlike the early American versions though, “All the Young Punks” was not retitled “That’s No Way to Spend Your Youth” and instead retains its proper name. Aside from that, this cover looks identical to the original with only the exception being the modern credits and label info. The record is pressed on 180gm black vinyl and faithfully reproduces the original orange and black Epic labels. It is housed in a plastic anti-static sleeve. Much like the first LP, this one was remastered and sounds incredible. Everything is so clear, and clean and everything has the right amount of punch. It once again rivals any pressing that preceded it.

Drastic Plastic Records did a stellar job on this as well as the first Clash LP. Hopefully they will keep up the good work with some more super high-quality reissues like these as they are well worth the price of an upgrade for those who already owned a previous version and for those that don’t, you have no excuse for not owing this now that the best edition in history is now readily available.