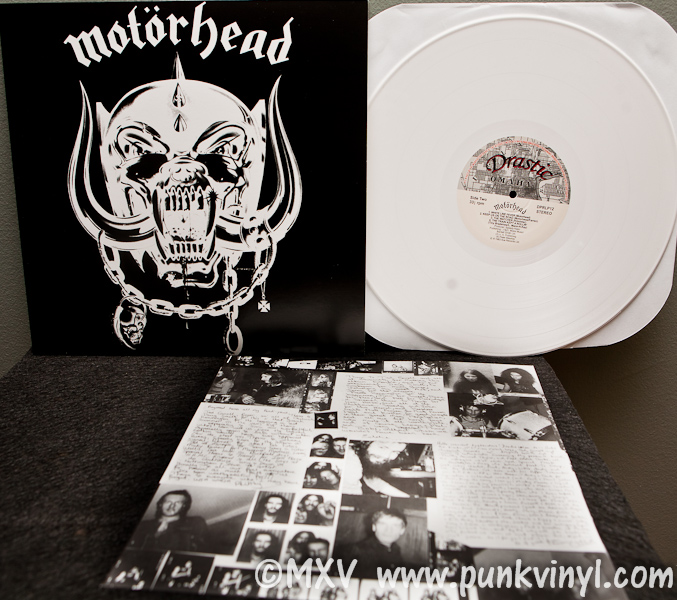 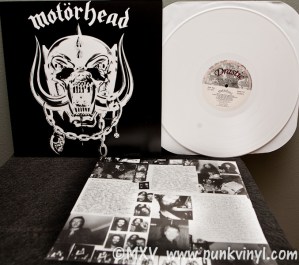 In 1983 Chiswick Records (who had the good taste to sign The Damned after they left Stiff) released the first Motörhead LP and a metal/rock and roll institution was born that still lives on today. Motörhead is one of the longest running metal bands in history and they were certainly one of the more influential ones too. When the band formed they sort of bridged the gap between punk and metal with their raw, punch brand of rock and roll that was full of attitude and power. They went on to even greater heights with subsequent albums but this first one was where it all began, and it began in a huge way.

Sadly Chiswick Records vanished some time in the early 1980s and this LP has been out of print on the vinyl format for the better part of at least the last two decades. Sure you could get it on a CD somewhere but who wants that inferior medium unless you want it for the convenience of transferring it to your iPod. For home listening the only way to enjoy such thick sounds is on vinyl and thankfully that can happen once again for a far cheaper price than you’d likely find a clean original.

Drastic Plastic Records released this fully licensed official reissue. The LP preserves all the original artwork on the sleeve with only the label information changing. The label logo was designed to look like the old Chiswick logo. The cover is your standard thickness and the printing job is high-quality. The record is pressed on white vinyl and the labels look just like the original Chiswick labels, but in place of the word Chiswick, it says “Drastic” in the same typeface as the original. The record itself was remastered and sounds noticeably better than the original version. I played this back to back with my original version and the original had a muddier sound to it, almost a bit muffled. It was clearly victim of a poor mastering job. This reissue omits the original printed inner sleeve in favor of a two-sided glossy insert that recreates both sides of that inner sleeve.

This is a case that you would do well to replace your original with this better quality reissue if you own the original. I can safely say that I’ll never play my old one again in favor of the superior sound quality on this reissue. If you don’t own this record and are a fan of Motörhead, fix that now by picking one up before it is too late!