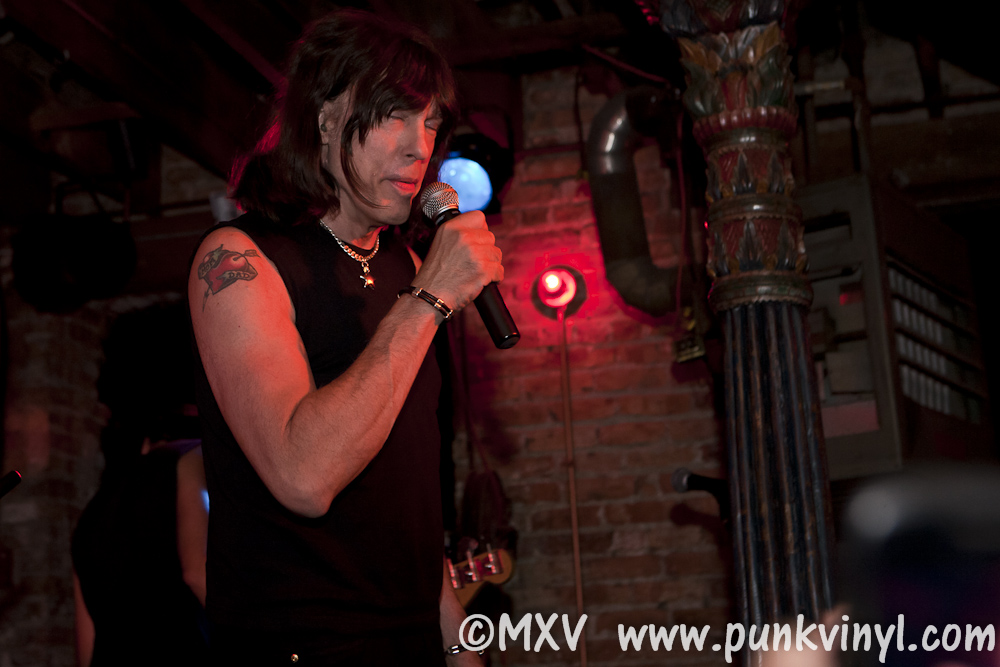 After the Weezer show let out (and the 7 Seconds show over at Bottom Lounge) there was just one event left for this year’s Riot Fest and it was the last of the secret shows. This show was being held at the AAA building in Wicker Park which was only a few minutes down the street from the Congress Theater. The final band of the fest would be Marky Ramones Blitzkrieg. This band featured Marky on drums and Michale Graves who was the singer of “the Misfits (the fake one without Danzig)” as well as a couple of other musicians on bass/guitar.

It seemed that not everyone was ready to go back to the real world on Sunday night and before the AAA doors opened the line to get in was down the block. At some point the place filled to capacity and there was a small group of people outside that were turned away but hanging out hoping some people would leave and they would be let in. Marky and his band took the stage and did an entire set of Ramones songs. It truly was the Ramones greatest hits as every popular Ramones song was played by these guys and for a group of people basically posing as a Ramones cover band they did a very good job. The crowd sure had a good time as the entire place was moving about despite the fact that they were squished into the small room like sardines. People were singing along too. Michale would belt out the lyrics and stomp in place on the tiny stage as the rest of the band played those speedy songs admirably and were a very tight and cohesive unit. The band played for an extremely long time and the set list featured more than a couple dozen songs. It was a rather fun and nostalgic way to end the Riot Fest and another really fun and exhausting week. Riot Fest 2011 came to an unfortunate end and once again proved to be one of the best weeks of the year as it does every year since its inception.