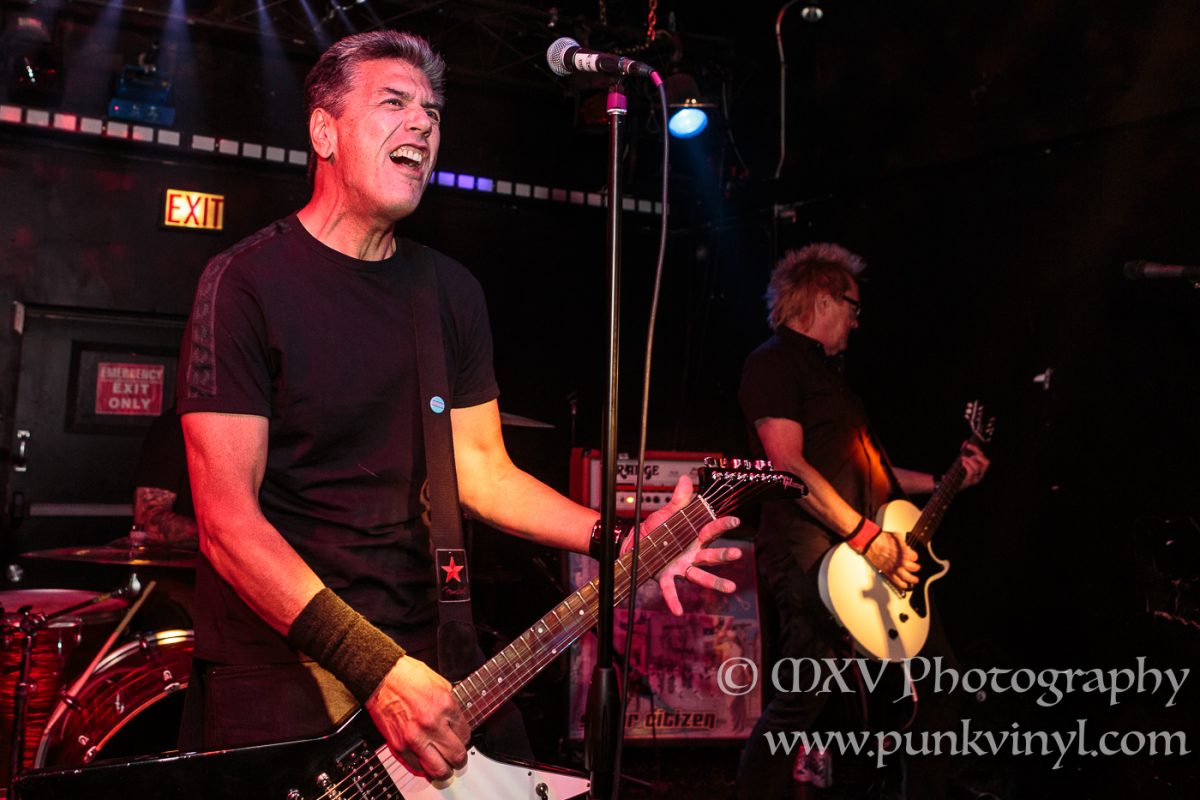 It is always a treat when a classic punk rock band from the early days comes to town and play a show, it is an even bigger treat when that band happens to be Channel 3. These punk rock veterans have been at it for nearly four decades now and don’t show any signs of slowing down. They headlined a show at the Liar’s Club Friday night as part of a three band bill and what was cool about this show’s lineup was that it featured all bands that are either bands from the early years of punk rock or featured members that were from bands around in the early days. For us old-timers that is a special event!

First up was Hazardous Youth. They hail from Chicago and it turns out not only were they around in the later part of the 1980’s here in Chicago, but one of the members also played in Lost Cause (another excellent Chicago punk rock band who were pretty active playing regularly opening for the touring hardcore bands of the time). They played pretty straightforward hardcore punk that musically and lyrically sounded of its time and even had the obligatory song that was their band name. They played a fun set that lasted around 45 minutes.

Next up was Destroy Everything. Their tie to the early years is that members of this band are former members of Dead Fink, Happy Toons, and Insane War Tomatoes. Destroy Everything has been around for probably 20 years now and their shows are always very entertaining. Their melodic brand of punk that mixes punk with satire and social commentary hits all the right spots both musically and lyrically. Fairly fast tempo songs with catchy hooks and sing along choruses that get stuck in your head for days. Lead singer, Cheddar Nines, is always good for a few laughs with his between song commentary and his generic “here’s one” song introductions.

Last but certainly not least was Channel 3! They took the stage and opened their set with a blazing hot rendition of “Mannequin”. The amount of energy it was played with set the tone for what was easily one of the best Channel 3 performances in this city ever (and for the record, there has never been a poor CH3 show here ever). These guys were blasting out songs both new and old like a finely tuned machine with a seemingly endless amount of energy and enthusiasm. They played a nice amount of new songs which Mike would joke about saying people only want the old stuff but their new songs are just as good and sound every bit as good as the classics. They mixed the set pacing perfectly with how and when they played the new and the classic favorites. The fan favorites like “Catholic Boy”, “Manzanar” (their best song!), “You Make Me Feel Cheap” and “I’ve Got a Gun”, sounded amazing as usual, even more so with how great they sounded this evening. The new songs like “Put ‘Em Up” and “The God That You Deserve” also were great to hear live and just prove that the band still has a lot in the tank when it comes to writing new, enjoyable punk rock songs.

The band easily played for close to an hour and after they extinguished all the songs on their set list the crowd wanted more so they did two bonus songs, ending the night with “Wet Spots”! It was a great end to a flawless performance that had everyone in the crowd smiling, drinking, and cheering. It was a ton of fun and those of you who missed out should be ashamed of yourselves as you easily missed the best thing happening that night in the city!