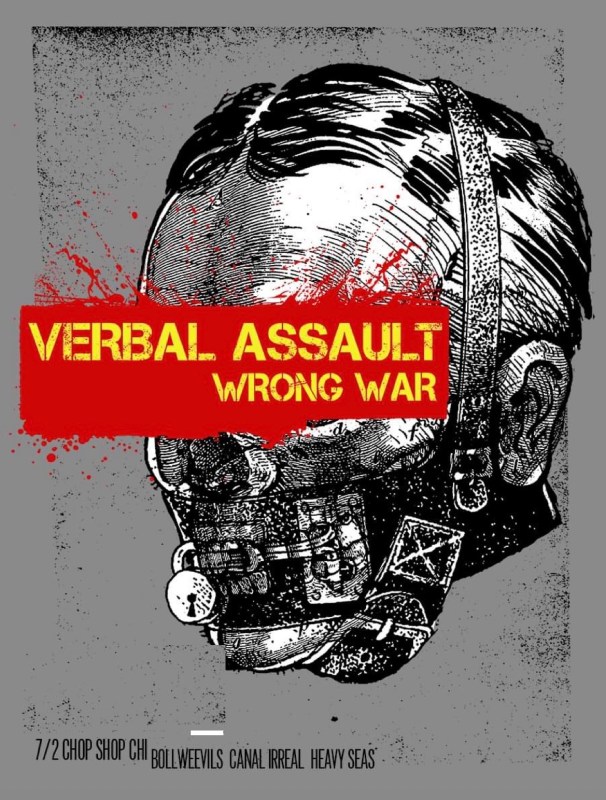 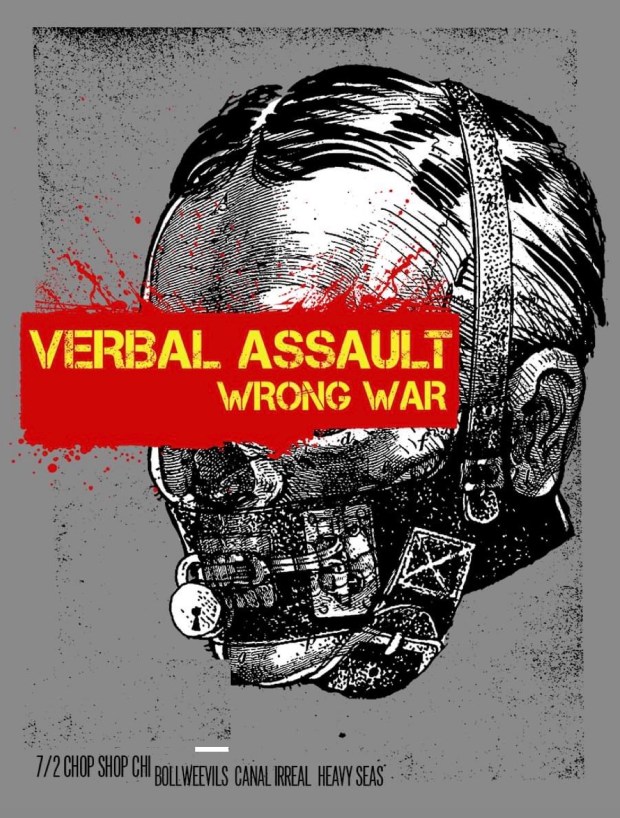 Verbal Assault was one of the finest punk rock bands of their time during the mid to late 1980’s. In their few years together they released a small handful of really great records that have stood the test of time, and they toured regularly. It was a sad day when they called it quits, but like all great bands, they ran their course and went their separate ways.  Their records all went out of print at some point too, which was a real crime, but in the past few years, most of them have been reissued and available to new generations of fans.

Also like many great punk bands of yesteryear, Verbal Assault has reunited! They are currently on the road for a select few dates and here in Chicago we are lucky enough to be one of their stop this coming Saturday, July 2! Talk about a great way to spend part of a holiday weekend!

Verbal Assault headlines and all ages show (as all great punk rock shows should be) at the Chop Shop and they are joined by Chicago legends, The Bollweevils. The bill also features Wrong War, Canal Irrreal, and Heavy Seas. Tickets are available here. Doors are at 4pm, show starts at 5pm.

Also the fine folks at the Chop Shop have given us two pairs of tickets to give away to lucky readers of this site. Simply fill out the form below to be entered to win. Winners will be drawn Thursday night at 11pm CDT.