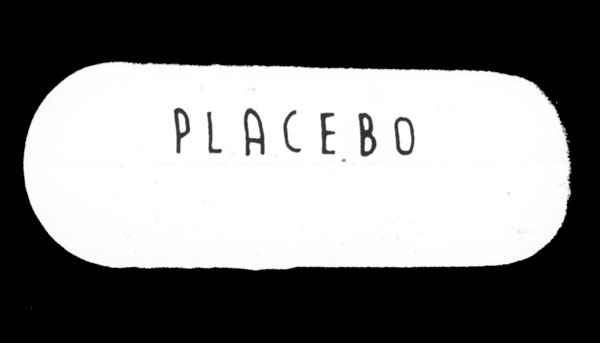 Placebo Records was the premier (and pretty much only) label putting out punk records in Phoenix, AZ in the early 1980s. I first came to discover them because they released all the old records by one of my all time favorite bands, JFA. Aside from JFA, they also put out some great compilations and records by Mighty Sphincter, The Feederz, Sun City Girls, The Teds, and plenty more. The label which was a sort of focal point for the Phoenix scene thanks to Tony Victor also being a promoter, existed for about a decade before closing up shop and sadly most of the Placebo catalog has been unavailable ever since. I tracked down Tony Victor, founder of the label, thanks to Grant Cleaver of Grant and the Geezers, who just so happened to be working with Tony.

How did you discover punk rock? How old were you at the time?

It was the mid to late ’70s and I was in high school. I guess that would have made me about 15 or 16. I remember the New York Dolls, Iggy Pop, The Ramones, Sex Pistols, etc. In Phoenix there was an early band called The Consumers. The Tubes world tour also had a big impact on me in 1977-1978. The Tubes grew out of some real crazies that came out of the late sixties/early seventies Phoenix scene; The Beans and the Red White and Blues Band were pre-Tubes examples. There was some connection between those folks and my Uncles Richie and Paul. Anyway, it was, for me, an alternative to the disco and burnt-out hard rockers of the ’70s.

You booked shows before starting the label (if I have my timeline right), how did you get started doing that? How did you find venues that you could do a punk show at?

I started managing a band while I was at Maryvale High School. The band was called Dètente, and then later The Teds. The drummer, Greg Hynes, would later partner with me at Placebo Records and also drum for Mighty Sphincter. The bass player, Mark Bekins would later partner with me to start Mersey Productions. At Mersey, I would find the venues and the bands and Mark was in charge of sound. It started as a way of getting gigs for The Teds. In 1980 I put together a show called “The Dance”. It was at the Jaycees Hall on 7th Street just north of Indian School Road. This hall was used in the early ’70s as the VIP Club. Five bands played including The Teds, The Batz, The Roll-ons, The Pills and one other band. By this time, Bill Graham and the Grateful Dead were big influences for me and I thought that I might be able to cross Punk Rock with the San Francisco (The Tubes had relocated there by this time) ballroom atmosphere. Attendance was very good and lightning struck the building that night. After that I knew what I wanted to do.

How long was Mad Garden around and how long were they allowing you to do punk shows there? When and why did the place finally close down. How did you get hooked up with them and what was the terms back then for doing the shows?

Mad Gardens actually came out of the old Madison Square Garden in Central Phoenix. The original building on 7th Avenue South of Van Buren is currently in danger of being demolished. Both boxing and wrestling took place there in the ’50s and ’60s. It was a culturally important place in Phoenix, especially for the Hidivic community. In early 1981, my uncle Barry (Richie and Paul’s brother) moved MSG to the NW corner of 37th Street and Van Buren It was a down and dirty wrestling hall. I was asked by my uncle to be the announcer for the wrestling on Friday nights, I agreed. I also married my first wife, Debbie, there in the ring. The Teds played at the reception, also in the ring and the idea of promoting the venue for shows on Saturday nights was born. The terms were pretty simple, we paid weekly rent plus sometimes extra for repairing damage. Uncle Barry provided his own security, (sometimes, in the form of Wrestlers) to protect the place. I had my guys to protect the bands, myself and my family. My Mother, Father, Grandmother and both brothers would eventually be involved in some way. My Uncle Barry and I loved each other, but did not always agree, or get along well. The Mad Garden. (a nickname that stuck) would close for six months or so in 1982 after my Uncle and I could not agree on several petty issues. It was during these months that I became adept at finding other venues. Calderon Ballroom, Riverside Ballroom, Salty Dog and others were used until the Gardens re-opening. It would stay open until Jan of 1984, when it closed for good due to mounting problems with the neighbors, the city, police and The Big Apple across the street.

What made you decide to start putting out records and doing Placebo Records? What was the very first release?

Placebo Records was also started as my way of promoting The Teds. The Teds were the first band that the label recorded. Soon after we recorded JFA.

Why the name Placebo? Who came up with it and the logo?

I always liked the idea of the Placebo. I learned the term from my Father. I was amazed that the brain could be fooled into drug-type reactions. Basically it meant to me that everything is in your head. Seems kind of simple now but when I as a kid it blew me away. There were several attempts at good logos but none that were great.

In the early days of Placebo, how did you distribute the records? Where did you used to get them made, etc.

The early pressings were done at a pressing plant called Superior. They were pressing all of the Motown stuff at the time and they were here in the Phoenix area so that was good enough for us. Our studio of choice was called Desert Sounds. An engineer named Sandy Lamont did a lot of the early stuff, especially JFA. Sandy was an old Surf guitarist so he was perfect for JFA. We used all the indie distributors of that era, Rough Trade, Jem, etc.

What was your favorite and least favorite release?

I don’t really have favorites . Both JFA’s and the Sun City Girls’ first releases were important to me for many reasons. I also happened to like both those records as well

What was your favorite band to work with?

JFA was kind of fun to work with because they were fast. Blatant Localism was recorded in a couple hours. The first LP, Valley of the Yakes probably didn’t take more than five hours.

Typically how many of each release did you press/sell? What was the best seller and what were you “stuck with” if anything?

With the exception of JFA, probably no more than 1500 to 2000 of any records were pressed.

Did the skateboard thing do well at the time (the JFA boards)?

We did have fun with and made money off of the JFA skateboards for a couple of years.

How bad did the closing of many of the distributors at the time affect the label? When/why did you guys shut down the label?

The distributors closing and not paying us ultimately closed us down. After the 1988 tour I think I was just tired. I was spread real thin and worked hard for eight years, promoting in Phoenix, the label, the boards, booking tours, road managing, the Metro, etc. And Money-wise I didn’t have much to show for it. So I packed up the bus and the label and moved on.

What will become of all the old recordings, do you still own them all? Will any of the stuff ever get reissued on CD?

I still own all the Placebo recordings, most of the tapes have survived and have been transferred. Alas, a few were lost in the shuffle. JFA and Mighty Sphincter have both been reissued in limited releases. I’m sure those wont be the last. In general, I am against reissues.

After ending the label, what did you do afterwords, what are you up to today?

I started a secondary market ticket brokerage. Many friends and associates from those early years still work with me today.

Do you still keep in contact with many of the people from the old Phoenix scene? Do you ever think you’d be interesting in dusting off the label and reissuing the old stuff at least on CD?

I still keep in touch with some and run into others on occasions. Again, in general I don’t like the idea of reissues.

What did you learn, if anything from doing the label. If you could go back in time and change anything about the label what would it be?

I wouldn’t change a thing. I’m very proud of what we accomplished in those days.

Do you follow any punk rock music these days, or any music scene in general?

I always thought it was funny to call it a punk rock scene. In the early days I would put JFA, International Language, and Killer Pussy on the same night. The only common thread back then was unpredictability. You paid your four or five dollars and took what you got. I don’t follow anything, really.

1979-1984 in Phoenix was a very special time for a lot of us. Sometimes there’s no way to explain how something like that happens. There’s a lot of timing involved.