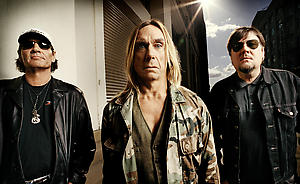 Ron Asheton, guitarist for The Stooges was found dead this morning. The cause of death is unknown but suspected to be a heart attack. For those of you who don’t know who The Stooges are, promptly punch yourself in the face, they were perhaps the most influential band that influenced not just punk rock, but rock music in general. This is a huge huge loss in the world of music and a sad day indeed.