After spending nearly their entire existence thus-far on HydraHead Records, Pelican has left the nest and has found itself a new home with Southern Lord. The official announcement is as follows. 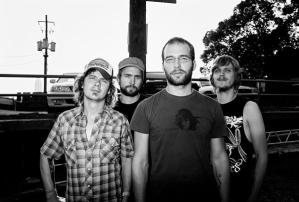 It is with immense reverence that Southern Lord Recordings announces the signing of Chicago heavy-rock instrumental icons Pelican. Their genre-defying sound and eagerness to explore new musical directions will fit right at home alongside similar bands on the label like Earth, Boris and Sunn 0))). Pelican is currently at Red Room studios in Seattle, WA recording an EP that will be their first release on Southern Lord. The new material promises to be heavier, darker and very “riff-oriented” comments guitarist Trevor De Brauw. A very special guest guitarist who has been heavily influential to the band will be making a guest appearance more details to be revealed shortly!

In March Pelican will be touring alongside new label mates Wolves In The Throne Room, including a triumphant return to the South By South West music fest in Austin, TX at the Southern Lord showcase. Upon returning home Pelican will focus their sights on their 4th full-length album.

The idea of “heavier, darker, and more riff-oriented” is especially appealing to me as I’ve progressively liked each record less after Australasia. If they can recapture that magic on these planned releases I will be a happy man indeed! 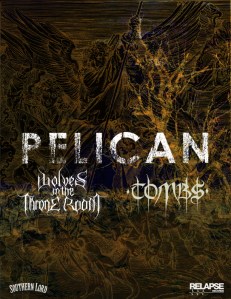