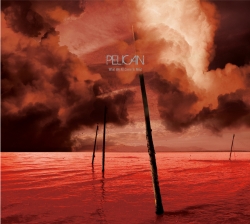 Chicago instrumental heavyweights, Pelican, have just posted a new track from their upcoming album, What We All Come to Need. The album will be released on Southern Lord on October 27th and will be the band’s first full-length for the label after spending their entire career thus far on Hydra Head Records.

The song is titled “Strung Up from the Sky” and clocks in at a little over five minutes in length. So far I like it a lot more than anything on their last couple of records so that’s a good sign of things to come. The album features more guests than have ever appeared on a Pelican album before: Greg Anderson of sunn O))), Aaron Turner of Isis, Ben Verellen of Harkonen and Helms Alee and Allen Epley from The Life & Times and Shiner (one of the best and most under-rated bands of the 1990’s if you ask me).

Check out song on the band’s myspace page and you can find additional information about the release over at Southern Lord’s website.