King Diamond has to be the most unique character in the world of heavy metal. Having a career that has spanned a quarter century and divided between time in Mercyful Fate and his self-titled band, the man shows no sign of letting up. Metal Blade Records will be reissuing two classic King Diamond albums on October 13th, just one day before my birthday!

The King had this to say about the upcoming reissues: 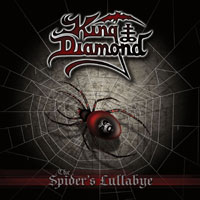 “Andy LaRocque re-mastered both records and you can really hear more details and sounds that I remember recording but didn’t come through in the original mastering. The records have much more bottom end this time around. There’s even more details and clarity than the original version and you’ll hear things you’ve never heard before in both releases. Andy did a great job re-mastering and improving these albums above and beyond my expectations. The artwork has also been completely redone for Spiders and Graveyard and is just amazing. I did not expect them to come out this good and am just completely thrilled with the result.

We originally were going to include bonus footage on the albums as a CD-ROM, 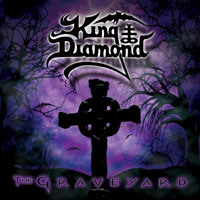 but the sound and video quality was going to suffer tremendously and that is just unacceptable. Instead, the bonus footage is going to be available for download to those who purchase the albums. The video downloads will be available in multiple formats so everyone can see them”

In related King Diamond news, Both King Diamond and Mercyful Fate have worked out a deal with C1rca Shoes to have featured artwork on several of their sneakers, the first pair set to arrive in October 2009 with more to follow in 2010.