Sunday night, Public Image Limited (PiL for short) made their long awaited return to Chicago to play a pair of shows at the House of Blues (this being the second night). The band had been inactive for around 18 years and until the beginning of this year the future of the band was uncertain and it wasn’t looking like it would ever continue. Much to many old fans’ delight however, John Lydon (the former Johnny Rotten of the Sex Pistols) wasn’t going to let the band stay dormant forever and chose the new decade to dust off the PiL name and breathe some new life into it. 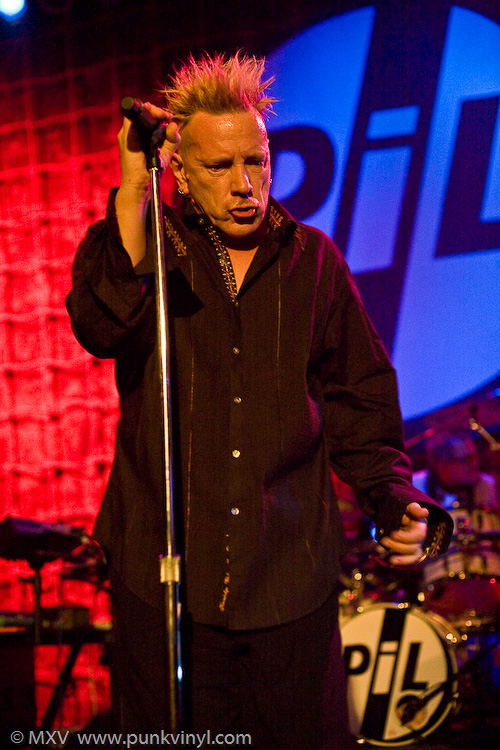 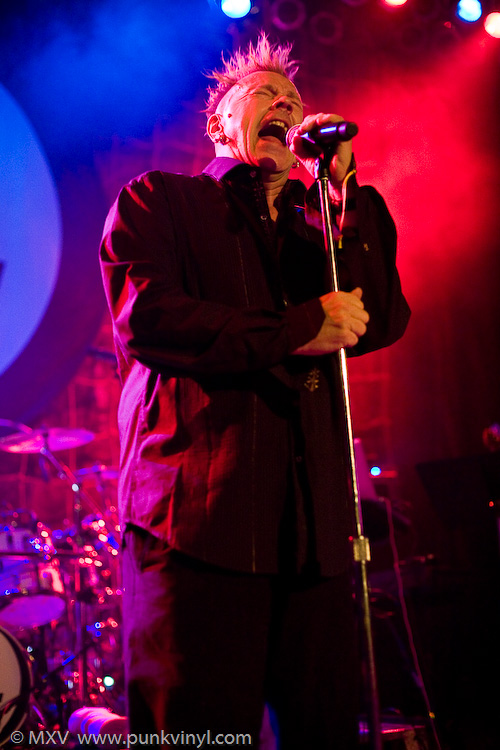 This reunion (with different members for the umpteenth time – PiL has had something like 30 members come and go since its inception in 1978) wasn’t just a case of a popular band cashing in on nostalgia and hitting the road for some mortgage or retirement money. The purpose of the tour is for the band to finance their recording and releasing of new material without reliance on any record companies. It is a very punk rock and DIY ideal that is pretty noble to see in a band with such a huge history, and one who spent its entire career on major labels. 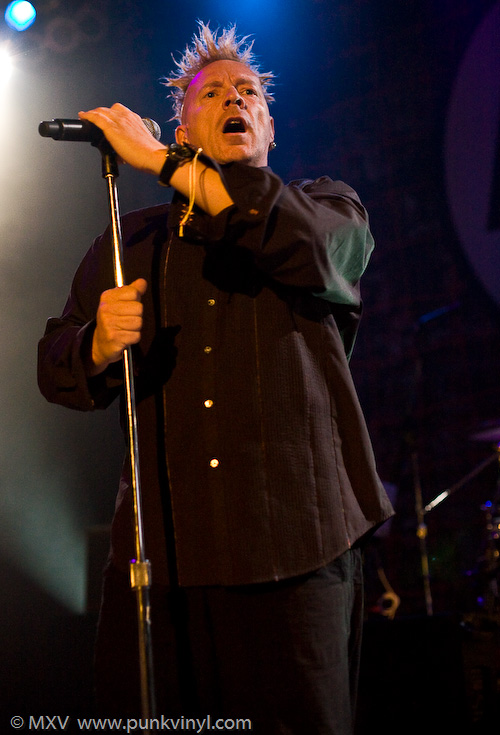 The show was billed as “An Evening with PiL” which meant two things: a long set and no opening bands! This news seemed to meet the approval of everyone in the audience as they found out the news. The crowd waited patiently and purchased many drinks in the 90 minutes it was between when the doors to the club opened, and when PiL took the stage. 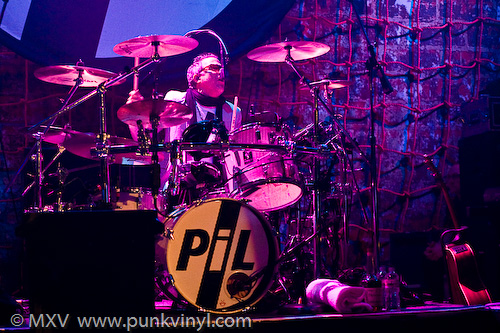 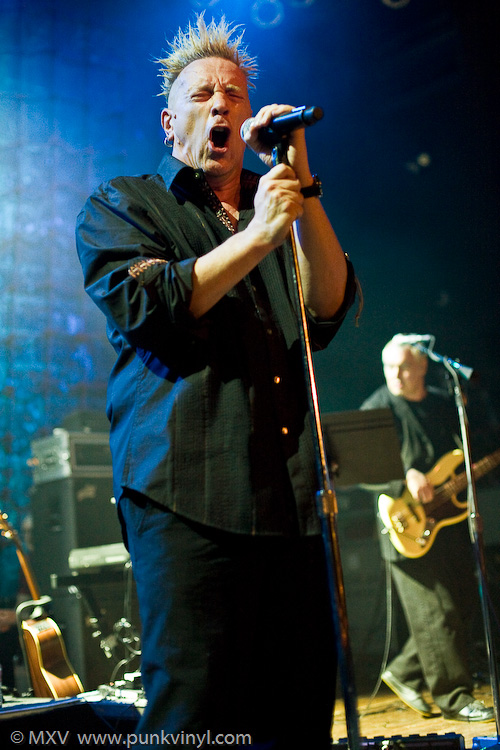 The band walked out on stage and the crowd immediately started applauding with excitement as the band got things started with, “This is Not a Love Song” and after about six or seven minutes they morphed it into one of their finest songs ever, “Poptones”. John Lydon was dancing about and  really seemed to be enjoying himself up there on stage. While the band played flawlessly the crowd, which consisted mostly of older people, danced, sang along, and clapped and was enthusiastic and excited throughout the entire set. 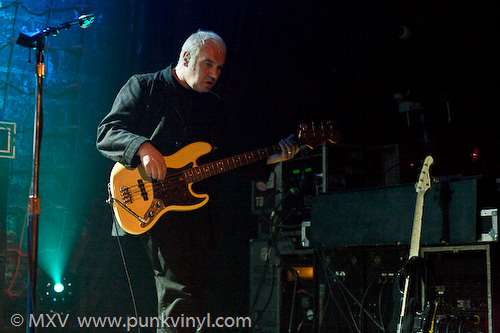 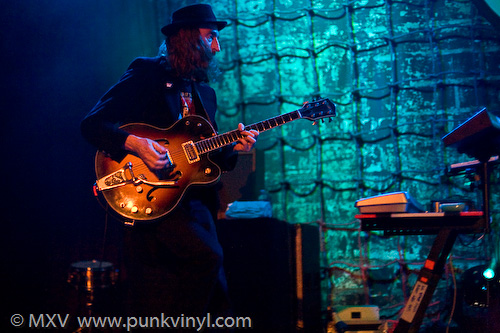 The band played a lot from Metal Box, including “Death Disco,” “Albatross,” “Memories,” “Chant,” and the aforementioned, “Poptones”. With that album being their most ambitious and experimental, it was great to hear it well represented. Other notable songs included, “Flowers of Romance,” “Bags (which got merged with “Chant”),” “Disappointed”, and a wonderful rendition of “Religion” in which John took liberties with some portions and kept having the bass turned up which upon completion completely shook the room! 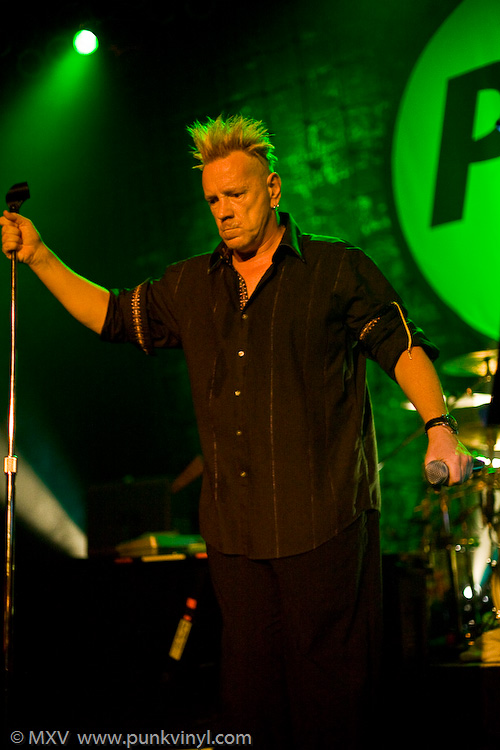 PiL’s mission statement in their early years was that no two records would sound the same and that was something they stuck to as each new PiL record over the years bared little to no resemblance to the one that preceded it. In keeping with that tradition instead of the band just recreating all the early material verbatim, they retooled and remixed a lot of the older material that in most cases breathed new life into those old songs and really made things interesting. “Flowers of “Romance” was extended to nearly double the length with longer parts and was given more of a groove and “Religion” never sounded so good as it did at this show. Many other songs were given additional layers of sound and/or an increase in song length and the result was quite pleasing to the ears, it was a quality show from start to finish and made the two plus hours go by very quickly. 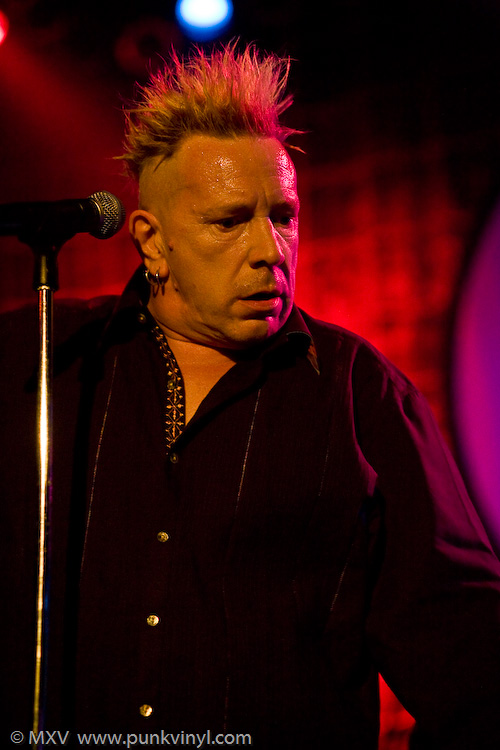 The entire time they were playing front man John Lydon was all smiles and had a great attitude, something you might not have expected from the former Mr. Rotten, but he was anything but Rotten. In between songs he’d talk to the crowd, take sips of Hennessy, and seemed genuinely appreciative of the warm reception he was getting from the audience. After playing nearly two hours, they took a short break and came back out for a three song encore that consisted of “Public Image,” “Rise” and the non PiL club hit, “Open Up” which was as strong of an encore as you could have asked for. When they finished that hat trick they all took a bow, John introduced the members of the band, and then gave a warm and heartfelt thanks to the crowd for attending and making it a fun evening. Hopefully the tour does well and provides a future outlet for this new version of PiL to create some new material because this show was proof that the old Rotten still has a lot to offer. If you have a chance to catch a show on this tour, don’t pass up the opportunity for a really enjoyable evening.

Check out more pictures from the show in the slideshow here.