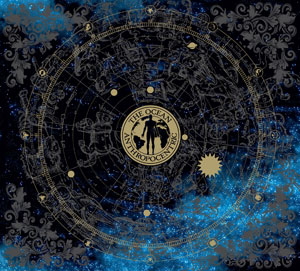 The Ocean robbed in Spain

This is something that just hurts to read. The Ocean, who are on tour overseas with The Dillinger Escape Plan, were robbed on a highway in Spain. That is a shitty thing to have happen to anyone, especially a band trying to earn a meager living touring the world and having to live off their merchandise sales to eat and make it to the next city (or even country). The band issued the following statement.

“Two guys in a black BMW pulled us over with fake police IDs. They asked for our van papers and IDs and wanted to know if we had any money to declare. We were not skeptical at this point, as it is normal in Europe that you have to declare larger amounts of money when you’re crossing borders, so we told them we had merch money with us, and the guy wanted to see it. When we showed them the merch wallet, the guy reached through the open window, seized it and ran back to the BMW in front of us, where his colleague was waiting with the engine running. Unfortunately our van and trailer don’t match the speed of a BMW, but fortunately it’s not allowed to carry guns in Europe, as otherwise we would be in jail now for shooting the guy in the face.

“We are facing a loss of + 6000 euro of merch income of the last days and fees. The exact amount is still to be determined. As some of you may or may not know, conditions on support tours are usually grim. Fees are low and barely cover expenses for van, gas, highway tolls, ferries etc. There is no accommodation arrangements, we’ve been crashing out on people’s floors for weeks. Losing more than 6000 euro is something we simply cannot afford at this point.

We are asking everyone who is planning to order Anthropocentric in the next few weeks through our shop to help out. You can do so by donating 5 Euro when you place your order. All income generated through this will make the loss smaller for us.

Everyone who donates 5 Euro will receive a copy of the police report and a Thank You card signed by all band members. We would like to thank you in advance for your support!”

Those interested in donating can do so here. If you happen to catch The Ocean in the near future, be sure and pick up something from them after the show to help them out as that is a huge loss. One can only hope karma takes care of the assholes who robbed them.