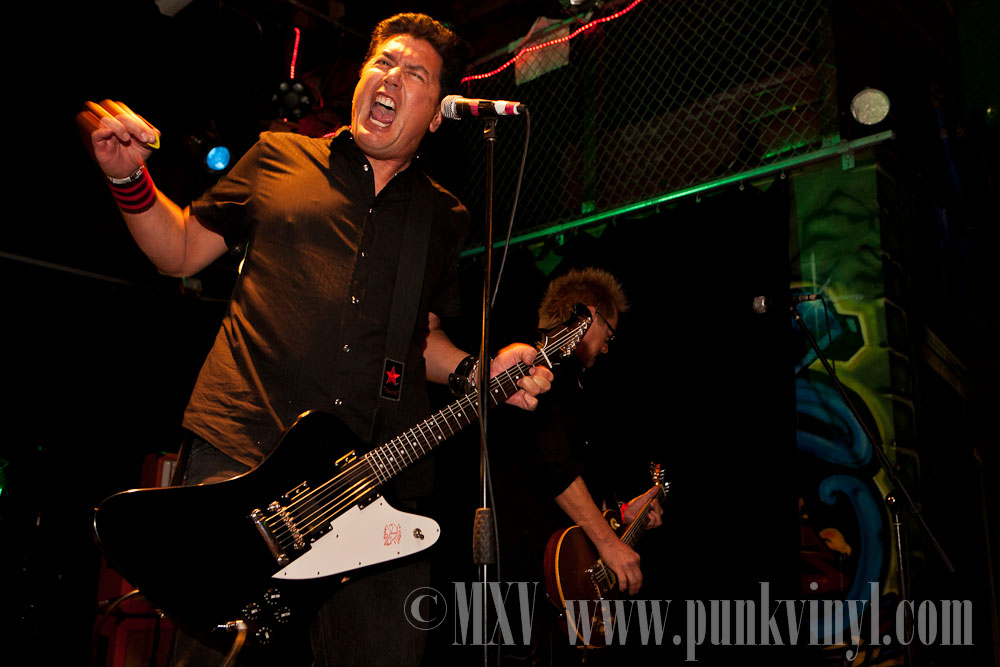 Saturday night, punk rock veterans Channel 3 made their long-awaited return to Chicago to headline a show at Reggies. It had been a few years since the band played a show here and they were long overdue for a visit. They were joined by a long list of local bands including Destroy Everything who rarely play shows in Chicago despite the fact they are from here.

The Neutron Bombs proved once again how they are one of the best newer bands in the city of Chicago. They play melodic fast tempo punk rock with some old school influences. They put on a really solid set and were a joy to witness as usual.

Sexually Frustrated took the stage next. This band had a couple of members of Flatfoot 56 playing with them and they should just stick with that band. This one was some sort of youth-crew knockoff and that stuff wasn’t at all enjoyable the first time around, let alone when some new band basically copies their sound more than twenty years later. Aside from the five or so people running in a circle, no one else seemed to be at all into them and everyone hid back by the bar and drank their set away. The Neutron Bombs should have played in their spot as they were the better band.

Destroy Everything was next. These guys haven’t played a show here in almost as long as Channel 3 yet Destroy Everything live here! The band was sporting a brand new second guitar player and a relatively new backdrop. They played their usual staple of sing-along fast punk songs with early British punk influence and threw in a new song or two for good measure. The Destroy Everything classics sounded good as did the new tunes and it was refreshing to see them again. Now they just need to start playing out again more often.

Channel Three took all of about one song to make the long wait for them to return all worth while. They sounded as polished and tight as ever and classics like “Manzanar” (which they played second!), “I’ve Got a Gun”,” “Last Time I Drank”, and “Mannequin” sounded great alongside some of their more recent tunes which were as good while being a bit more melodic. In between songs Mike Magrann did a lot of talking and the line of the night was when he told the crowd to call their moms and have them come down to the club because their moms grew up loving these songs. It was clear that they were having a good time playing up there on that stage and that good feeling of being with friends spills over the crowd too and makes for a fun set. Some die-hard fans were up front singing along to all the old familiars while the rest of the crowd drank and showed their appreciation between songs. The band played about 45 minutes which seemed to go by in the blink of an eye before doing a brief encore. It was a great set that was a good variety of the band’s material and anyone who didn’t make it out to this show should be kicking themselves for missing a good show!