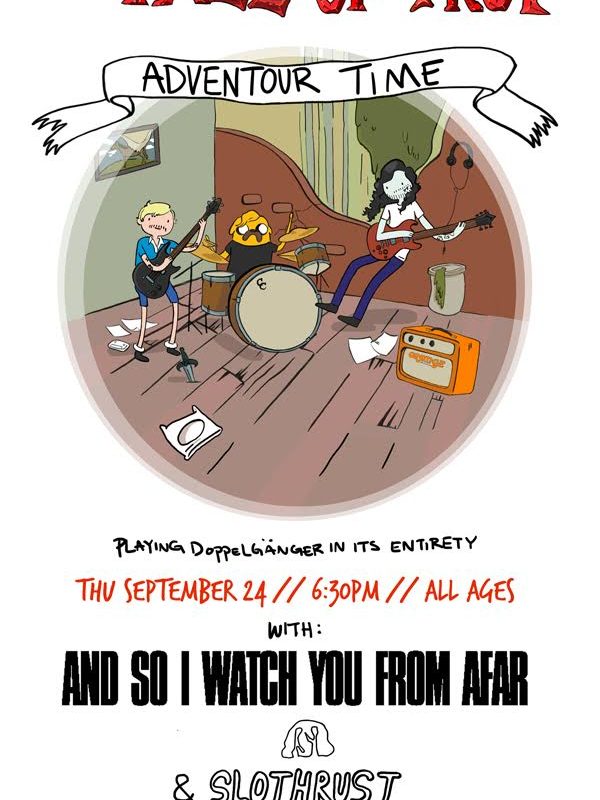 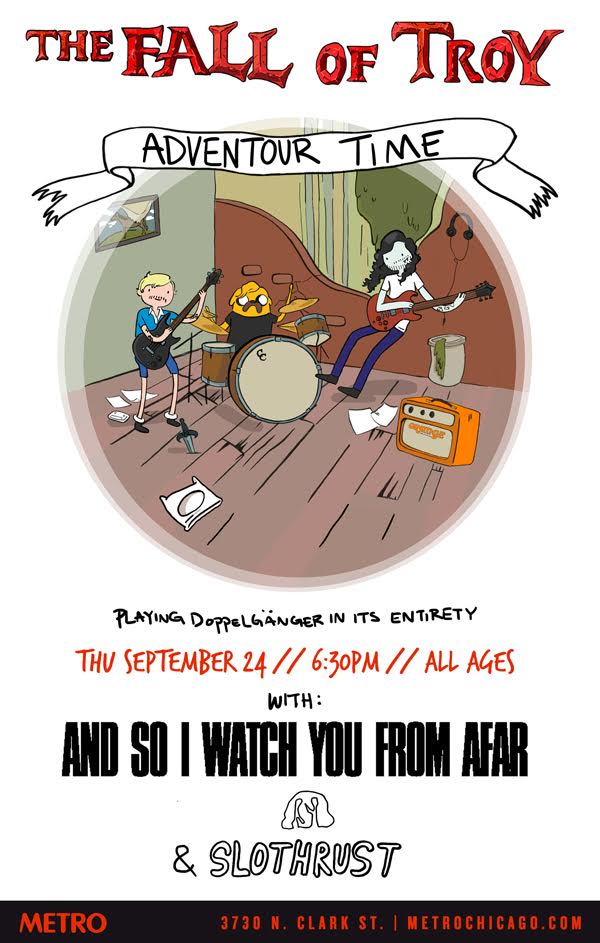 The Fall of Troy is an interesting band. They play what many refer to as “post hardcore” which bands like Since By Man did so well in the early 2000’s but The Fall of Troy had a different take on the style. The band was one of the first I can think of that would take aggressive music and mix it with odd and complex time changes and lay on top of it not only screamed vocals but clean, melodic ones as well. I saw them once when their second album was released and watched the younger kids in the audience go completely bonkers for them and was duly impressed enough to pick up their first two albums.

The band broke up in 2010 after they seemed to be taking off even more but like all good bands, break ups aren’t always permanent and this year the band has reunited and taken back to the streets to tour the united states. Not only that but they are playing their best album, Doppelganger, in its entirety!

The band is playing here in Chicago at the Metro on Thursday September 24th and the fine folks at Metro were kind enough to give us two pairs of tickets to give away to our readers! Simply fill out the simple two question form below to enter.

The rules are simple. Only one entry per person and you must use your real name when you enter (as that is what will be at the door). Contest ends Monday, September 21th at 11:59pm CST. Good luck everyone!

Pelican have just completed and posted a video for the final track on their latest album, What We All Come to Need, an album I still haven’t heard yet! It is their first for Southern Lord and this song also has...