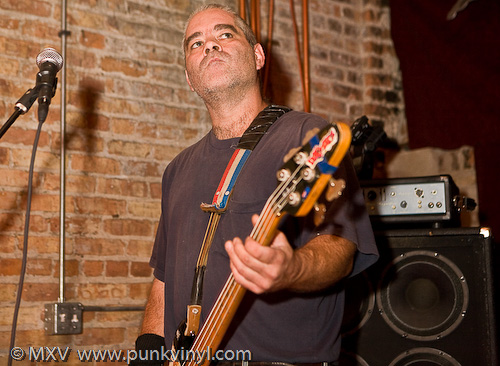 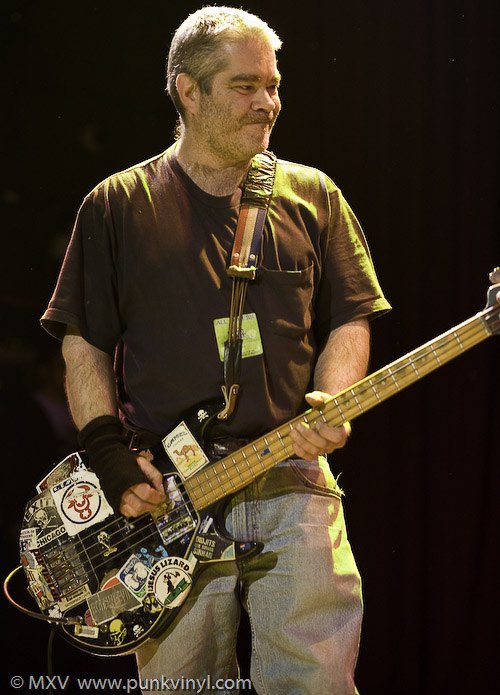 Pierre Kezdy is most known as one of the superheroes in Chicago punk legends, Naked Raygun but his super powers extend far beyond that. Pierre has been responsible for some of the best punk rock music to come out of this city since punk rock became a thing in this city. Pierre also did time in Trial By Fire, Strike Under, Pegboy, and Arsenal. The man is an absolute legend in these parts. Pierre is not only a punk rock superhero but also a very kind person and a family man. Pierre also has fallen victim to a kryptonite that affects all people, both superheroes and mere mortals, and that is cancer.

For the past five years, Pierre has battled numerous medical issues, including multiple forms of cancer, which left Pierre unable to work. His family (wife Heather and 4 kids ages 12, 16, 18, and 20) has struggled to keep up with the escalating costs and medical expenses. Anyone who knows Pierre personally knows he is a gentle, compassionate,  courageous, and generous person. Pierre could use some help and he certainly is worthy of it.

A Gofundme page has been set up to take donations to help offset the burden of Pierre’s medical costs, a burden made worse by the fact that the very nature of his health issues have left him unable to work. If you are able to kick over a few bucks, please visit this link and give what you can. Even if you can’t, please share the link with any fan of Naked Raygun, the other bands mentioned above, or just a fan of punk rock in general.

My thoughts and prayers are with Pierre and his family, and I’m kicking in what I can right now.