Yesterday I received a new care package from my favorite lady in punk rock, Lisa Fancher of Frontier Records. One of them is a new color of vinyl and two of them are new vinyl releases. 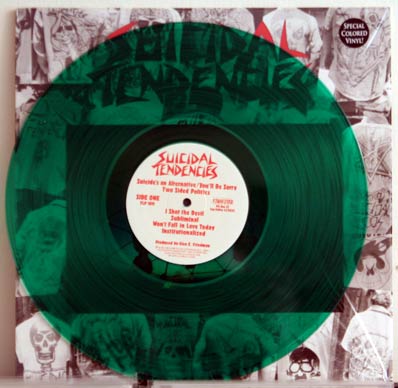 The first Suicidal Tendencies album on green vinyl. A hardcore classic that is mandatory owning for anyone claiming to like punk rock. This also happened to be the only good record the band ever did! 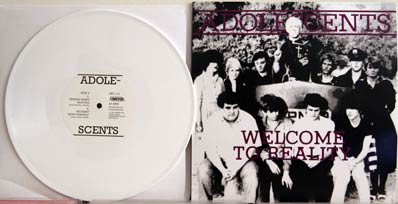 Adolescents – Welcome to Reality 10″ on white vinyl. This release for years was a three song 7″, but that has now been deleted and replaced with this four song 10″. The new song is “Richard Hung Himself” which was recorded at the same time as the rest of this record but never ended up making it on. You all may recall a D.I. song of the same name, which evolved out of this one after Casey left the Adolescents to start D.I.

Last but not least was something that was only a CD for the past many years, and is now finally seeing a proper vinyl release. 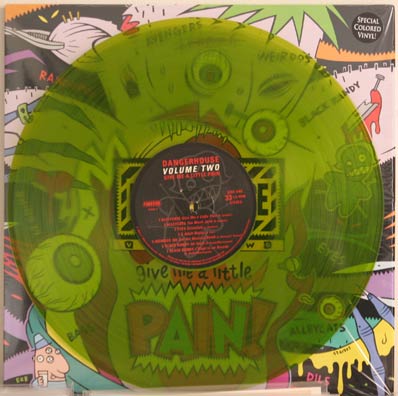 Dangerhouse Volume Two on yellow/green vinyl! This collects more of the catalog of the best punk label of all time.

If you want to get any of these for your own punk vault, go on over to the Frontier Records website and place an order, they are all very reasonably priced, including shipping. Tell her MXV sent you.