The series of Unrest Records Dayglo Abortions reissues continues with all the later releases that until now were never released on vinyl. As far as the music goes, these albums were really hit or miss, sadly with the emphasis on miss. 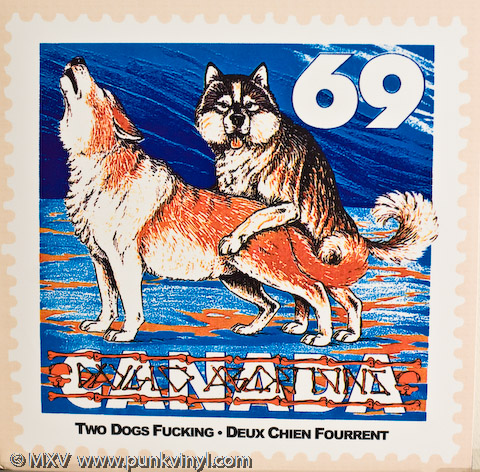 This was the album that followed Here Today Guano Tomorrow. That album definitely showed the band going in a more metal direction and this album lived up to my fears that they’d take it too far. The songs pale in comparison to anything they did until this point, and a lot of the stuff just came off sounding like retarded metal with adolescent humor trying to save it. There’s a couple of decent songs on it but even the vocals didn’t really sound the same as the previous albums. 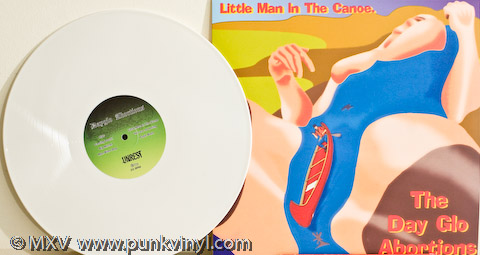 This Dayglo album was a bit of a return to form for the band. It sounds more like something between the Feed Us a Fetus and Here Today… . They ditched a lot of the adolescent metal baggage that plagued them on the album before this and it turned out to work for them as it’s a pretty solid album overall. Of all the “newer” Dayglow Abortions albums, this is easily the one you want to own. This also came on white vinyl as you can see in the photo. 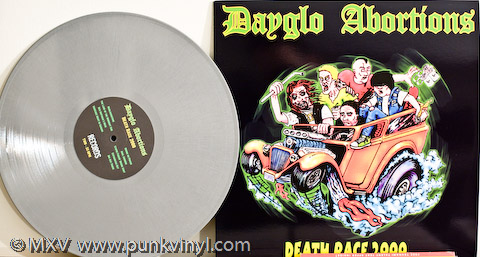 Another in the line of never before on vinyl releases, Death Race 2000 unfortunately doesn’t pick up where the previous album left off. In fact it really seems to pick up where Two Dogs Fucking left off. The songs are once again more metal and the vocals sound different again. It’s almost as if there were two versions of the band taking turns releasing albums. The songs are more generic sounding than anything in their past, and nothing really stood out for me on this gray vinyl record. 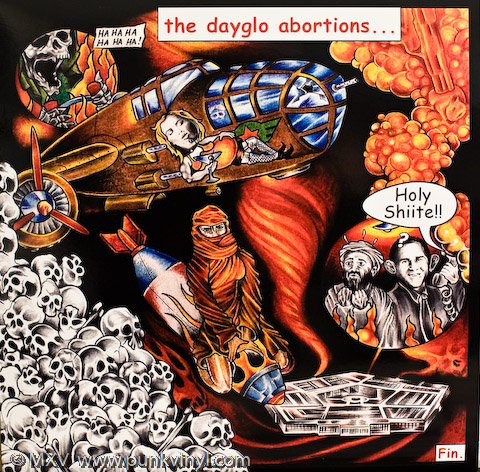 Judging by the title, I’m assuming this was the final release ever for the Dayglo Abortions. Instead of following the pattern of good/bad, this one just continued where Death Race 2000 left off. The songs were pretty generic and way too metal for their own good. Whatever magic they had early on in their career (and boy did they have magic!) was long gone by this point and you’d be hard pressed to know it was the same band that put out such classic records back in the old days. It wasn’t a very good note to end on but at least they called it a day eventually.

All of these records can be purchased directly from Unrest Records or should be able to be picked up from the usual shops/mailorders that carry punk records. I’m pretty sure they did color vinyl for most of these reissues (though most of mine were black) so it’s worth ordering direct if that is the only place to get the colors.