Giants – They the Undeserving 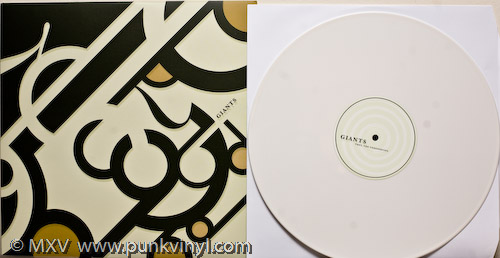 Giants – They the Undeserving LP
The Mylene Sheath

The Mylene Sheath continue to keep their batting average at an all time high as the new releases continue to stream out. Second in the batch of new releases for the label I received comes this full length LP from Giants. Giants are an instrumental “post-rock” band from the Midwest, a place where I’m pretty sure this style of music may have been invented.

Unlike other bands in this rapidly growing genre, Giants differs mainly in the fact that their songs aren’t double digit epics but come in nice small packages averaging around the five minute mark. What is neat about the album however is how the songs weave together so that they work not only as single pieces but also as a whole long piece. The songs offer repetition and progression as they build by adding layers of intricate and even delicate sounds on top of another. Quite a few bands lately have been using a similar formula and it almost always makes for some great listening and this record is no exception to that rule.

The album is sectioned off into three parts labeled “Birth”, “Plague”, and ‘Rest”.  It is if the music tells a story or at the least each section is a theme and a group of songs that were meant to go together into a larger piece. However you want to decipher the meaning, the end result is that while Giants may be another band in the heap of bands making this style of music, their record is every bit as valuable a listen as the other bands who came before them and they have a lot to offer.

The record comes on white vinyl of which there were 300 pressed. It comes packaged in a standard cover with a 12×12 insert with the band’s information on it. There was also a green with white haze color vinyl pressing that was limited to 100. The album was originally released on CD in 2007 but this is the first time it has been released on the proper format and I for one am glad it has.