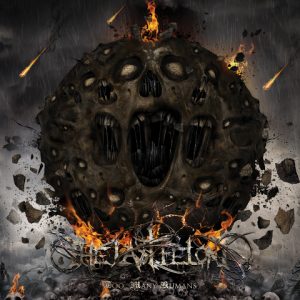 Canadian death metal act, The Last Felony, has launched a completely redesigned MySpace page in anticipation of their forthcoming Lifeforce Records full-length debut, Too Many Humans.   Along with the new design, and the already revealed single, “Too Many Humans”, the band has posted the new record’s backbreaking opening track, “We Are Future Housing Developments For Maggots”, and a video trailer.  All the new content can be accessed at: http://www.myspace.com/thelastfelony.

Too Many Humans hits stores in North America on August 17th.  It is The Last Felony’s sophomore effort, and the follow-up to the 2008 debut full-length, Aeon Of Suffering (Galy Records).  The new album was recorded, engineered, and mixed at Montreal’s Garage Studio by Chris Donaldson (Cryptopsy, Neuraxis), and mastered by Pierre Remillard (Misery Index, Despised Icon, Ion Dissonance, Beneath the Massacre).  Artwork comes courtesy of Felix Rancourt (Despised Icon, Beneath the Massacre).