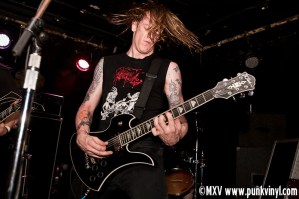 Chicago’s metal superstars, Nachtmystium, must really love it out on the road because they have spent a good portion of this year out there already and now they are planning on leaving again. The band embarks on its next tour, this time a headlining one, in September with the truly amazing The Atlas Moth as well as Zoroaster and Dark Castle. Sounds like one solid lineup and a show well worth checking out (which I will be doing when the show hits Reggie’s in October).

This headlining tour follows Nachtmystium’s meaty 2010 tour schedule, which has already included massive North American tours with Kreator and Voivod, Eyehategod, a European tour with Jarboe, appearances at several massive festivals including Roadburn, Festung Open Air and much more. The band will also be headed to Oslo, Norway to slay Øyafestivalen (Øya Festival) alongside Iggy Pop & The Stooges, The Flaming Lips and more on August 12th.

The tour dates are as follows: