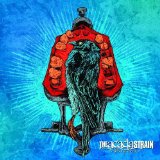 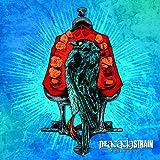 MA natives, The Acacia Strain return with their fifth full-length album as they are heading into the end of their first decade as a band. The band has gone through a few lineup changes in the past but none of it has slowed them down or softened them at all.

Wormwood features ultra heavy down-tuned guitars that give the speakers a huge constant rumble. They are tuned so low that the windows in your house or car will rattle from the vibration. The song structures are based in metalcore with repeating and chugging riffs over sharp pounding drums with a lot of double kick-drum fills. The music is really intense and on occasion they throw in a few samples for good measure. They sort of sound like a slightly slower and more down-tuned Meshuggah.

The vocals are almost as low and rumbling as the music. Super deep, throat full of gravel growls that work well in most places but at times borderline on comical in how over the top they are. When they are mixed in with the music they sound great but in breaks where the vocals are the loudest thing going on, that is when they stick out as being odd. Thankfully that doesn’t happen very often so it’s not that distracting. During some songs they do some cool processing on the vocals that make them sound more evil and cool.

The Acacia Strain’s music is relentless and confrontational in its presentation. It is very abrasive and in your face the entire time. There are no melodic breaks, no ballads, just punishing brutal riffs and angry growling vocals. It is a pure adrenaline jack hammer to the senses and does a fine job satisfying one’s hunger for heavy music.

The Acacia Strain on iTunes

The Acacia Strain at amazon.com