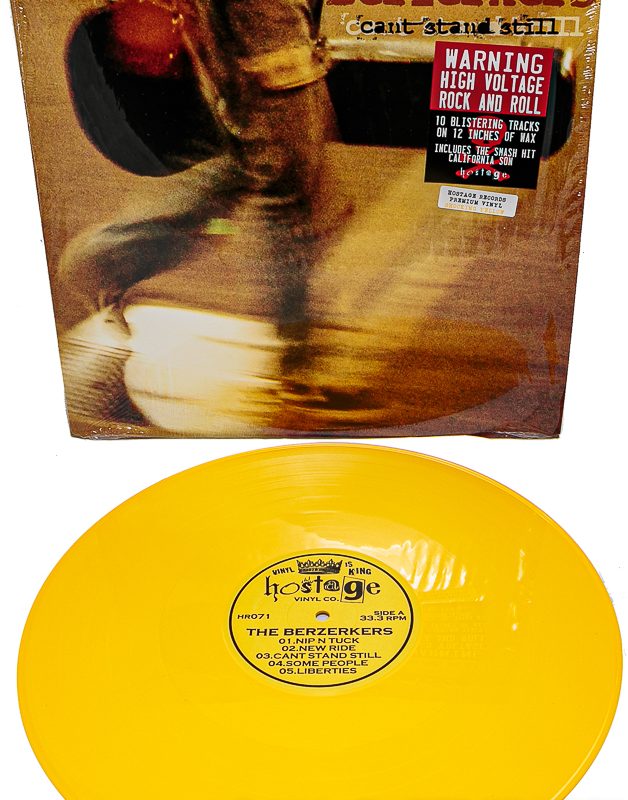 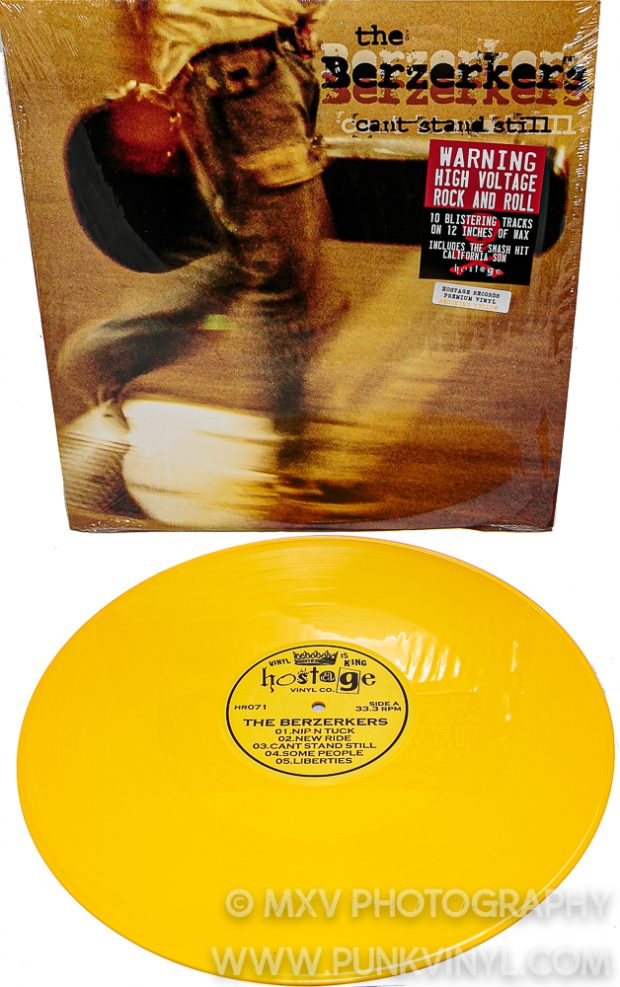 Hailing from the punk rock hotbed known as Orange County, CA, The Berzerkers present us with their debut album on Hostage Records, a label with impeccable taste. The Berzerkers play punk flavored rock and roll and they really fit the style of band that Hostage has been becoming famous for, but it isn’t really the same, this one is more pure rock and roll than punk, but it still fits.

Can’t Stand Still features ten mid-tempo rippers with a loud and thick guitar sound that toes the line between Sex Pistols style 70’s punk and hard rock. Hard and driving, yet tuneful. There’s a bit of a blues feel to these songs too. The songs have personality, they have a soul. This doesn’t sound like a bunch of guys trying to play a rock and roll style, you can tell that this style of bluesy rock in in their DNA. The vocals are tuneful and catchy but have some gruff that gives it enough of an edge to make you feel cool while listening to it, or singing along with it which is hard not to do as many of these songs practically demand you to sing along to them. I imagine The Berzerkers must be a phenomenal live band, this kind of music that will just knock you on your ass with its delivery but keep you getting up and asking “thank you sir may I have another?”. This album flows like that. You just get done playing one great rock song on this LP and are thinking “wow, that was a really great tune”, or “man that song rocked” and then before you know it the next song is playing and hitting you with even more. The album in infectious, you will finish playing it, then find yourself thinking about it again a little later and suddenly have the urge to go put it on again. You’ll want it in your car to blast while driving with the windows down. You’ll want it playing in your backyard while drinking beers. Someday when the world opens up again you’ll want it in a club full of like-minded music fans drinking and singing along.

In a world where rock and roll music seems to have been mostly ignored by the masses for years, it is downright refreshing to be hit with an LP by a new band playing pure rock and roll with no gimmicks, that is played by real people with real instruments, and is done so with such high quality that it leaves you wanting more, yearning for a time when rock was king. Maybe The Berzerkers will be the wake up call the world needs to bring the rock and roll back to the masses, if this LP is any indication then it is certainly possible and the job is in the hands of the right people.

The record is pressed on high quality vinyl and comes on a couple of different colors of vinyl, this one I received was “Shocking Yellow Vinyl”. The record comes in a full-color standard jacket and comes with a two sided insert with lyrics, photos, and liner notes. Just like the quality music contained on the disc, the packaging, mastering, and presentation is all top-notch. For those of you still staying home like me, you can have one sent right to your doorstep by visiting the Hostage Records website. Warning: the label has a lot of great releases, you may end up spending a lot of money!