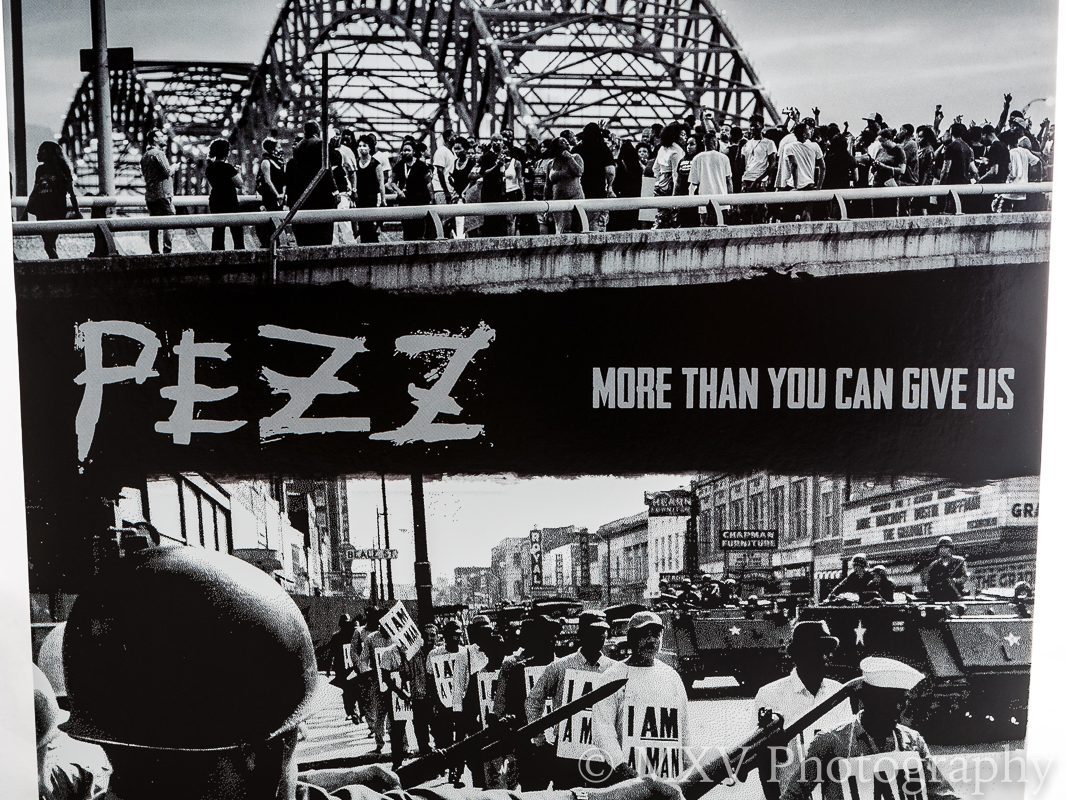 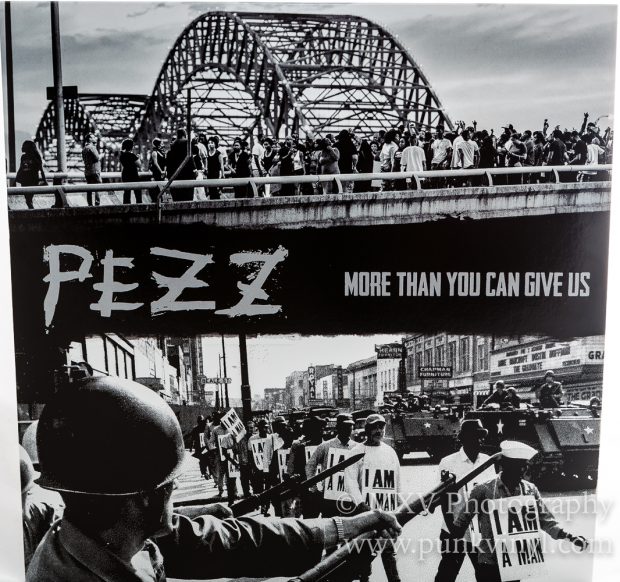 Pezz – More Than You Can Give Us LP
Truant Records

Hailing from Memphis, TN, Pezz has been around since 1989. While they haven’t been as active recently as they were in the past, they seem to surprise us every now and then with new recordings and each one has been worth the wait. How a band this good, and one that has been around this long, is not a household name will go down as one of life’s great mysteries. I feel like the only thing that prevents Pezz from being as recognized as the numerous bands that are bigger than them, yet now at good, is people spreading the word about them. Personally I hadn’t heard of them until seeing them open for Youth Brigade in the early 1990s, at which point I became an instant fan.

The last time we heard new music from Pezz was close to ten years ago when they released an amazing 7″that had some of their strongest work. This new album was more than a long time coming but it was definitely worth the wait, and nearly a decade away from a studio hasn’t hindered the talent this band has, they sound as good as ever.

More Than You Can Give Us continues Pezz’s tradition of hard-edged, yet tuneful punk rock. The guitars are thick and punchy, and creates a wall of sound not unlike mid-period Husker Du or early Bad Religion. The songs are mid to fast tempo and really punch you in the gut with the power, even when the songs are melodic and catchy. The vocals (vocal duties are shared between two members) are raspy enough to give them a good edge yet accessible enough to get stuck in your head and make you want to sing along. Pezz perfectly toes the line between high energy punk rock and catchy melodic punk in a way that most bands fail by going too far to one side (usually the pop direction, see nearly every popular 90s pop-punk band for example). Their songs will appeal to old-school punk traditionalists as well as younger punk fans whose entry point was a generation or more later. On top of the great tunes contained on the album, the lyrics are intelligent and insightful. This is a band that has something to say and music is always better when it has a message attached to it and the ten songs on this LP will get your brain working while also getting your feet moving and your heart pumping. There’s not a bad song on here, it is a great listen from start to finish, and one you’ll find yourself keeping on the turntable for many repeated listens.

This LP comes in a black and white standard jacket. Inside you’ll find the record on black vinyl, a lyric sheet, an additional two-sided insert with some very useful information and contacts for many organizations that help the abused, underprivileged, marginalized, discriminated, etc, further proving that Pezz isn’t just about music, they are about wanting to make the world a better place for everyone and they aren’t going to sit back and be silent about it.  The LP also comes with a download code so you can get the mp3s for when you are on the go. The recording and mastering job was top notch, it is a great sounding record and overall a really nice package that more than warrants the purchase price.

While no one knows if and when there will be another Pezz record, this one was well worth the wait and well worth your time. Pick this up and find out what you’ve been missing, and make sure you tell everyone you know as well so the world can finally catch up to what a great band Pezz has always been.