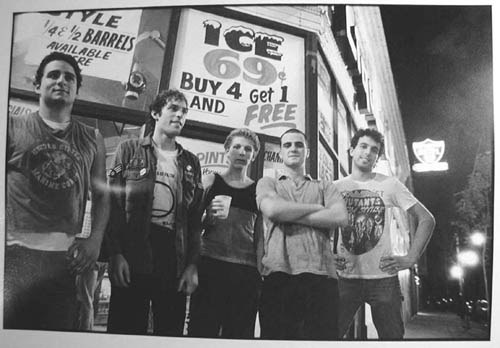 Here’s something I never thought I would be writing about. Articles of Faith, a band who no one thought would be likely to get back together, just released a new video for “With a Vengeance” which is a song from their forthcoming album on Alternative Tentacles Records. If this is any indication of what the album is going to sound like then color me excited because it sounds very much like the Articles of Faith I remember. Check it out.

The band will also be playing their first show in ages with the original lineup as part of this year’s Riot Fest. Tickets for said event are still available in various configurations, unless you want to go to that Busted At Oz reunion as that one is sold out.