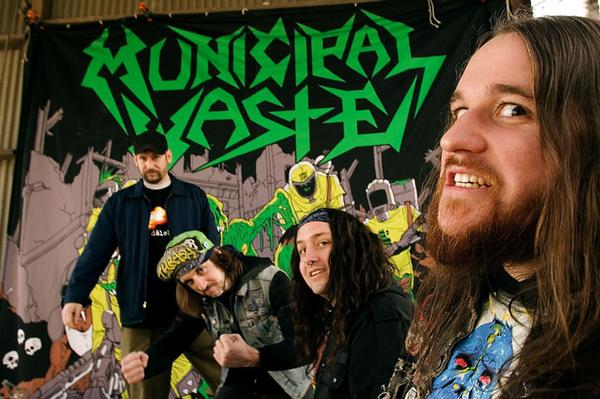 Municipal Waste and Earache Records have just released a new video. The video, which if MTV still played videos would likely be a staple of Headbangers Ball, is for the song, “Wolves of Chernobyl” and you can check it out right here.

The band is finishing up a tour of the United States as you watch this and plan to do some dates in Europe in December with Saviours!