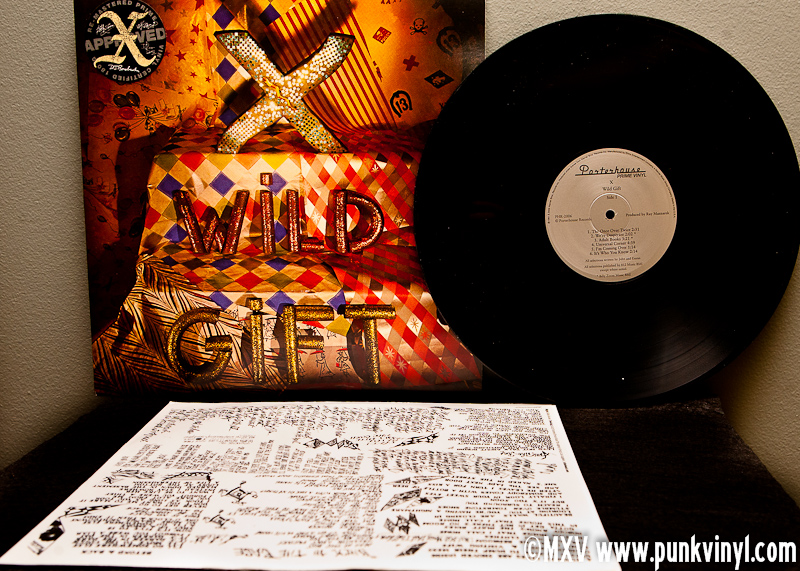 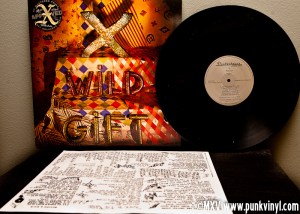 X was a band I first heard when I was about 14 years old when I got the Decline of Western Civilization soundtrack. Back then I didn’t appreciate them because I was a foolish young teenager who didn’t think they were hardcore enough. It wasn’t until I reached my mid-twenties that I revisited the band and then something clicked and I appreciated them for the amazing punk rock and roll band that they are. To put it simply, all the hype you ever heard about X is true. The band is unlike any other and they wrote a ton of great songs.

Unlike a lot of early punk bands who put out one incredible record and then fail to follow it up, X’s second LP, Wild Gift, was every bit as good as their epic debut album, Los Angeles. It is a perfect companion to that album and an essential album for fans of early punk rock and anyone who enjoys rock music. Wild Gift is like the perfect combination of rock and punk and oozes unique style.

Wild Gift was originally released in 1981 on Slash Records, which was the last record the band did for the label before signing to Elektra a year later. It was originally released on LP and cassette, and then CD. The original vinyl has been out of print for over 20 years now which is a shame since vinyl is still the best format for music despite living in a digital age.

Porterhouse Records had the good taste to not only reissue it, but to start a whole new imprint of their label in honor of it. The new imprint, Porterhouse Prime Vinyl has given this LP the deluxe reissue treatment. The LP was remastered from the original tapes and pressed on 180gm black vinyl. It sounds warm and full and they did a very nice job with it. It is housed in a full-color standard jacket that features all the original artwork that has been reproduced beautifully with sharp and vibrant images. The inner sleeve is printed on both sides with the lyrics to all the songs.

This album is available at any of your better record shops or you can get it directly from Porterhouse Records. They also reissued the two X LP’s that came out after this one as well, both which promise the same deluxe treatment which if they do as nice a job as this one, will be well worth picking up as well. The label even has special holiday packages of the multiple releases.