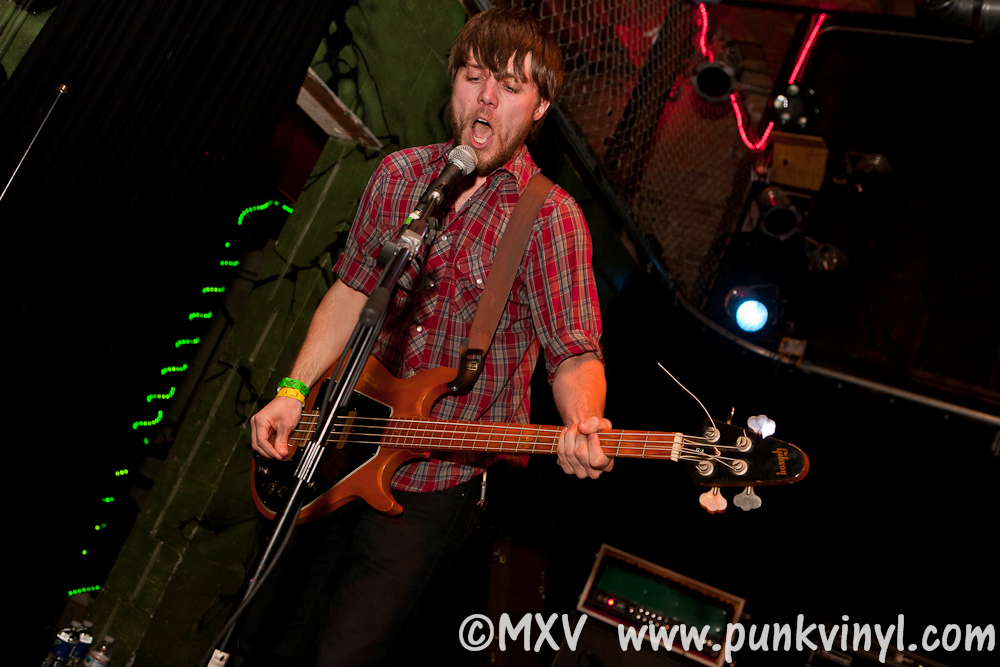 Gifts From Enola, If These Trees Could Talk 3/12 at Reggies

Saturday night Reggies put on a late show featuring two of the premier post-rock bands who rarely come to town and happen to be label mates on one of the best labels around today, The Mylene Sheath. The two bands are Gifts From Enola and If These Trees Could Talk. You couldn’t ask for a better pairing at a show and this would be a real treat.

First up was The Summer Pledge, hailing from Detroit, MI. This five-piece played a sort of post-rock/indie pop blend. They had layered and textured guitars full of various effects that made for some cool tunes and would add melodic singing over the top of it. They seemed a little green however and lacked a solid stage presence and confidence. With some more time performing on the road under their belts and they could really develop into a very solid band as the foundation is certainly there.

Next up was If These Trees Could Talk who have a pair of fantastic records out on The Mylene Sheath. Unlike many bands of their ilk, the band uses very few effects pedals. Their guitar players each play one or more layers of complex sounds that somehow magically mix with their band mates parts to create some really intricate and fascinating sounds and hooks. Watching any particular member at a given time reveals that member moving around and grooving to his own part of the song, seemingly oblivious to what’s going on around him yet somehow they are all in perfect sync always and in the live setting their songs sound even more full and dynamic than their records. They played a lot of songs off their most recent album and even played two brand new songs which were fantastic and hopefully is a sign of a new record in the near future.


If These Trees Could Talk

It wasn’t very long before label mates, Gifts From Enola, took the stage. These guys had a lot more effects pedals and gimmicks attached to their guitars. The band really had a very thick sound and an intensity that wasn’t captured on their records despite how great their records are. They played quite a few songs from their newest, self-titled album including the songs that have vocals. In the live setting those songs came across the best and sounded about a thousand times better and more powerful. The band played like a well-oiled machine but one ready to combust at any moment. Their tempo-changes and the way the songs build into a huge crescendo were just jaw-dropping and their set was nothing short of spectacular. This band should be on everyone’s must-see list for 2011 (along with If These Trees Could Talk) and these guys deserve far more attention than they have been given thus far.

Once again another incredibly good time was found at Reggies and there wasn’t a better way to stay up later than normal thanks to a clock change than to have been at this show. Those who missed out should regret their foolish decision to not make the trip to the club.