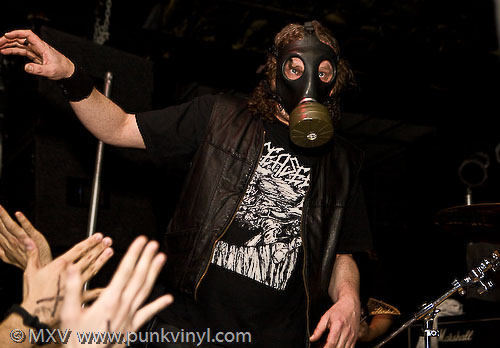 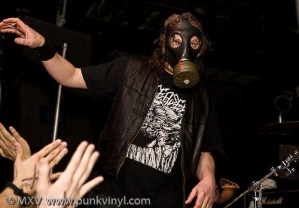 Canadian metal pioneers, Voivod, are planning to release a live album this summer. The album, titled Warriors of Ice, will be released June 21 on Sonic Union Metal. The album was recorded in Montreal in 2009 and features all three surviving original members as well as new guitarist Dan “Chewy” Mongrain who has so far done a very good job of filling Piggy’s large shoes since his passing. I saw Voivod play in 2009 and they were nothing short of stellar. Warriors of Ice will also be the first live Voivod album to feature original members Denis ‘Snake’ Belanger and Jean-Yves ‘Blacky’ Theriault.

The track list for Warriors of Ice features a collection of songs worthy of being a greatest hits collection. The songs are as follows:

To add icing on this already sweet cake, Voivod are currently touring Europe and upon their return they are planning another North American tour to support the release of this album. Any time Voivod plays it is a good thing and personally i can’t wait for their return.