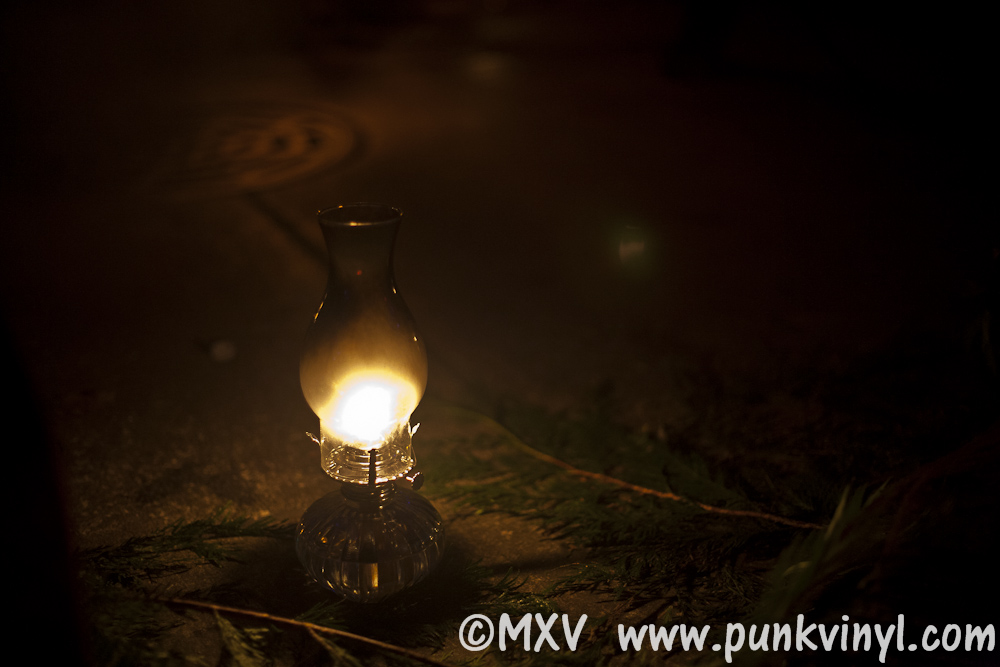 Wolves in the Throne Room and Indian 9/1 at Reggies

September got off to a great start with the long-awaited return of Wolves in the Throne Room to Chicago. After two years they finally hit the road again and started their tour right here in the Windy City. Reggies was the host for this monumental evening that featured three unique and amazing metal bands.

Chicago natives and relative newcomers, Bloodiest took the stage first. Packed the stage would be a more accurate description as they had a massive seven member band! The singer of Bloodiest is also the singer of Yakuza but this band sounds nothing like that one. When the massively staffed band started into their first song it was apparent that they weren’t following any common blueprint for heavy music. They sounded sort of like Swans mating with doom metal with some Neurosis thrown in for good measure. The songs were very long and complex and ran the gamut of somber to punishing. They had a really huge sound and when things got heavy it was awe-inspiring. This band has to be seen to be believed and as good as their newly released debut record is, it simply doesn’t hold a candle to how much better they are as a live band. They damn near stole the show!

Indian quickly followed and proceeded to make the ears bleed of everyone in attendance. They were louder and more intense than ever. They played a punishing set consisting almost exclusively of material off their latest album, Guiltless, and it sounded more solid than ever. They weren’t for the weak and they aurally beat the shit out of everyone in that room (in the best way possible). It doesn’t get much heavier than Indian and loss of hearing never felt more worth it.

After a really long setup process that included placing ferns and branches all over the stage and lighting kerosene lamps to replace all the stage lighting, Wolves in the Throne Room took the stage to a packed house. The singer/guitar player told the crowd before they started that if anyone felt the need to take a picture, don’t use a flash. This seemed like an odd request for a band playing a 400 seat venue. If you are wondering why there’s no photos of them it is because they played in complete darkness except for two small LED’s on each guitar neck for them to see the strings, a faint yellow light barely illuminating the drum set, and about 8 tiny kerosene lamps. They were literally playing in a homemade forest illuminated only by candlelight.


A very poor, near artists rendering of Wolves in the Throne Room

The band started off with the first song from their amazing new album, Celestial Lineage and it sounded really good. Their rapid fire guitar riffs are even more impressive when you see them play live and the new material came across great live despite the lack of the lady parts (they didn’t have their sometimes female vocal contributor on tour with them so her parts were simply not sung). The band had a misfire on the second song they attempted to play and after stopping it twice, they made mention that it was the first night of tour and half-apologized and scrapped that tune to get on with the rest of their set. The set consisted mostly of songs from the new album with the sad omission of the best song on it, “Astral Blood” but they included a song from Black Cascade that sounded amazing. With the exception of the botched song, the band performed admirably and it was well worth staying up late for on a weeknight. They played about an hour and ended their set with the last song from their new album which was a good way to close their set. Much to the disappointment of the entire audience however they did not do an encore. That aside it was a great show from start to finish and whoever had the good sense to put these three bands together should be commended as it was a really strong combination!