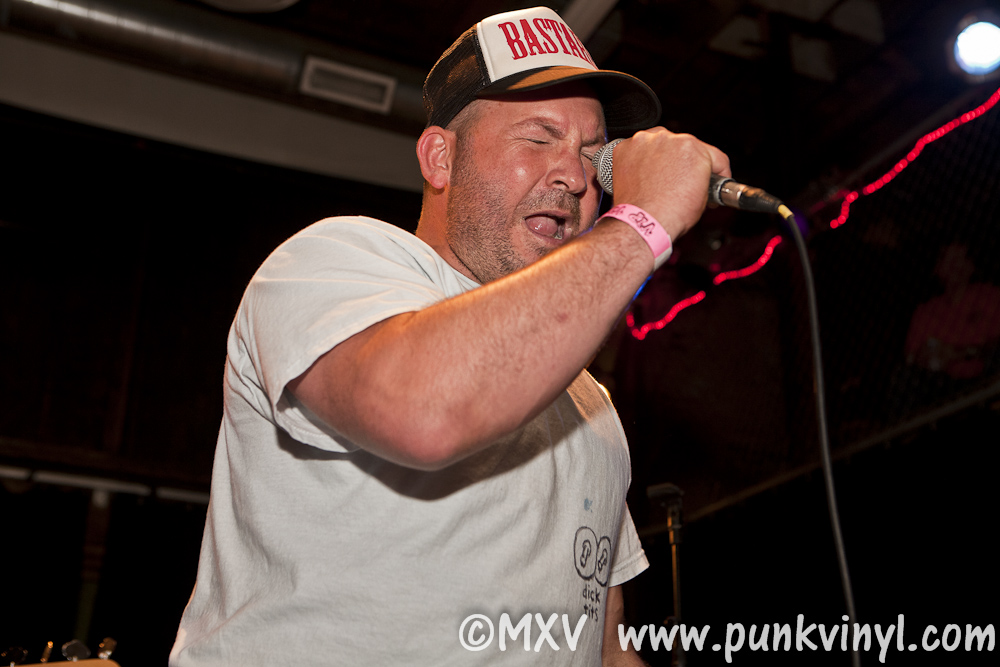 After more than a decade since they last played in Chicago, Samiam made their long, long-awaited return to the Windy City in support of their first new album in quite some time. They headlined a three band bill at Reggies on Saturday night and a respectable number of die-hard fans filled the room with excitement and downed beers while waiting for their beloved band to take the stage.

All Eyes West got things started on the right foot by playing an extremely tight and entertaining set. Their songs sound a bit like the post-punk stylings of your early 1990’s acts like Fugazi or Jawbreaker with punch guitars, a solid rhythm section and slightly harsh yet melodic vocals. They were even better this time out than their last great showing on the Reggies stage and these guys deserve to be huge. They really are a great band and hopefully they will play out here even more regularly. Honestly they should have been playing right before Samiam.

Walter Schreifels took the stage next. He is probably most known for playing in those “youth crew” bands Gorilla Biscuits and Quicksand. For this show Walter was flying solo and playing some mellow music that was just him, a guitar and a harmonica. He played some really mellow, folky songs that were sometimes humorous and sometimes told stories. He also did some acoustic renditions of a couple of his older band’s songs that went over huge with the crowd. While musically it was a little on the boring/repetitive side that almost served as a lullaby, when Walter would talk between songs he was immensely entertaining and humorous. It was really hard to not like the guy or his performance based solely on his stage presence and friendly and fun demeanor.

This just left Samiam and one overly excited crowd. Many people in the audience were talking about how excited they were to finally see the band and how it was many in attendance’s favorite band. When the band took the stage and started playing, the entire crowd was a sea of drunken smiles. People were singing along to every chorus of nearly every song (except the new ones as they were so new that most weren’t that familiar with them yet). The band started with a couple of the new songs and then mixed a couple more of them in with a set that consisted exclusively of material from their more recent albums. They didn’t give any attention to their earlier classics Soar or Billy which was a bit of a letdown. The stuff they did play however sounded great and the band proved they can still go after all these years. The crowd never stopped singing along to each song and for the hardcore Samiam fans in the audience, the band really gave them a performance that was worth the decade long wait to have them play Chicago again. After a little more than an hour which included having a special guest drummer on “Capsized” the band called it a night and left a couple of hundred Samiam fans sweaty and happy.