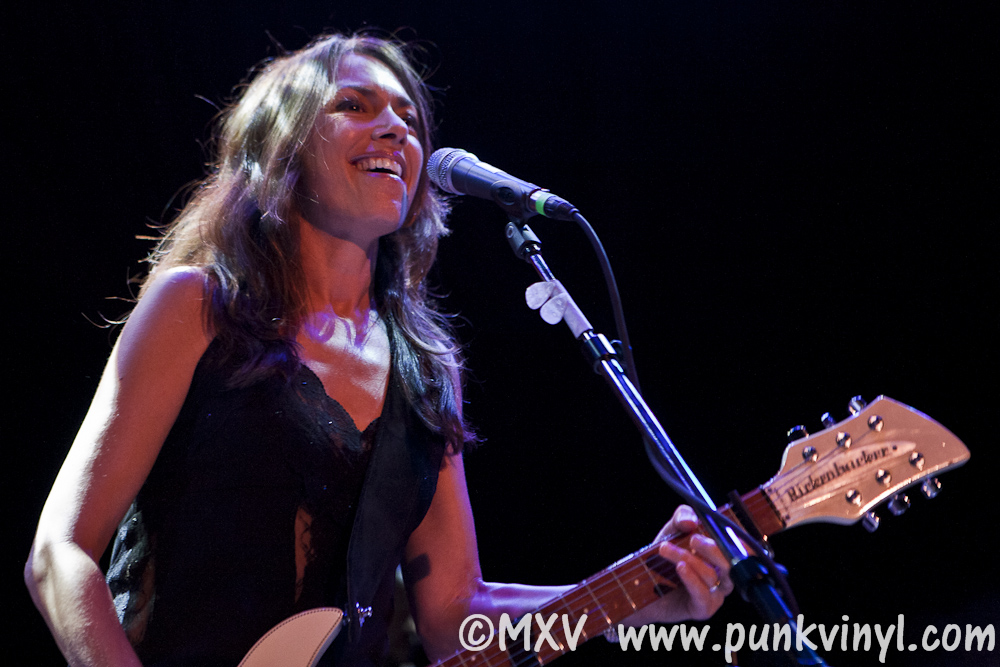 Just because Riot Fest ended the night before didn’t mean concerts in Chicago would come to a halt. The very next night the House of Blues hosted the long-awaited return of 1980s pop stars The Bangles. The band had a handful of hits back then and have a lot of really catchy tunes and were among the few all female bands to make it big. And really, who doesn’t like their biggest hit, “Walk Like an Egyptian”?!

First up was Vintage Trouble. They were a soul/R&B band with catchy tunes guaranteed to make you swing your hips. They were very upbeat and energetic and a lot of fun. Their singer had a great soulful voice akin to classic R&B singers and was a very strong front man. The crowd really seemed to enjoy them as well and people were shaking their hips and dancing in place. They finished their set to a large round of well-deserved applause.

When The Bangles took the stage the venue was about 80 percent full and the crowd consisted mostly people in their 30’s and 40’s who would have been the generation that grew up with the band at their height of popularity. The ladies (and two gentlemen handling bass/keyboard duties) opened their show with “Anna Lee (Sweetheart of the Sun)” From their new album, Sweetheart of the Sun, which is the first new Bangles recording in eight years. It was trademark Bangles power-pop and was a strong way to start a show despite it being mostly unfamiliar. They quickly followed it up with one of the best gems of their repertoire, “Hazy Shade of Winter”. That song sounded amazing and the band played it flawlessly. Time has been more than kind to the three founding members of The Bangles, not only do they look like they’ve barely aged a day in the past twenty years but their voices were as sugary sweet as they were in their heyday and it was evident that the crowd was in for a wonderful performance. Another thing that was evident was the smiles on the ladies’ faces as they performed song after song.

They band took a lot of time between songs to make small talk with the audience and profusely thank everyone for coming to see them. They seemed genuinely appreciative that the good-sized crowd turned up rather late on a Monday night to see them play and they also seemed rather happy to be playing music together still after all this time and seemed especially proud of their new material. The pride is well-deserved as the songs they played from the album sounded really good and fit perfectly in with the older material and the big hits.

Speaking of hits, the band left no stone unturned. They did an amazing rendition of “Eternal Flame” which came off even more emotional and touching than the studio version and Susanna’s voice sounded incredible as she sang it. “Manic Monday” made an appearance rather early in the set list and was an appropriate selection considering they were playing on a Monday night. The song got a huge pop from the crowd as did all the other familiar hits. The crowd danced and clapped and sometimes sang along to the choruses. The set was pretty evenly divided up with material that each member sang leads on with Susanna and Vicki doing most of the heavy lifting and Debbi sometimes coming out from behind her drum kit to play additional guitar and sing leads on her songs. The trio of lead vocalists was an interesting dynamic and gave some great variety to their strong selection of songs for the evening and showed the band as one without a lead singer but instead a true band who were made up of equally important parts.

After playing over an hour and ending their main set with a back to back treat of “In Your Room” and “Hero Takes a Fall” the band returned for a three song encore that consisted of “Sweet and Tender Romance”, the song everyone was waiting to hear, “Walk Like an Egyptian” (where Susanna even did the eye gimmick like she did in the video during her vocal part and Debbi joined them at the front of the stage to sing her part), and the added bonus of a great cover of The Seeds’, “Pushin’ Too Hard”. After that it was lights out and time for everyone to go home late on a work night. It was safe to say that every Bangles fan got to hear everything they wanted to and then some and hopefully the band will continue to tour and record more frequently than they have in the past as they certainly showed they still have a lot to offer.

Check out a bunch of additional photos from this show right here!