They may not have pressed an actual record since the 1990s but that doesn’t mean Posh Boy Records has vanished. The label is still alive and kicking and still has a nice back catalog of classic punk releases that have only been available on CDs for the most part in recent times. The label has done some digital releases in recent history as well but they are now giving some of their back catalog proper digital releases in the iTunes Music Store. 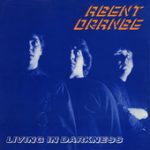 Agent Orange released their legendary first album, Living in Darkness way back in 1981. That was 30 years ago which is scary to think about when you are an old punk rocker. The album has aged better than fine wine however and still stands as one of the best albums from that era and one of the best the Posh Boy label has ever released. For its thirtieth birthday it is now available in the “3oth anniversary edition” which includes the Bloodstains 7″ as bonus tracks, bringing the total of songs on the release up to 16. Last year the Drastic Plastic Records label did a beautiful vinyl reissue of the album on colored vinyl. Now you iPod/digital types can get this non-limited edition digital version right here. 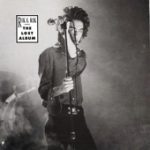 Rik L Rik was one of the first generation California punks and was part of that scene that influenced the entire punk rock world that followed and the scene that put out the best records of that time. He did some time with Negative Trend and then had a solo career that saw the release of a couple of really great singles as well as compilation appearances. Rik recorded a bunch of other material that sadly went unreleased for years until Posh Boy had the good sense to compile it all onto an album. The Rik L Rik Lost Album was a vinyl only release that came out around 20 years ago and quickly went out of print. The album was finally remastered and reissued digitally. Rik L Rik sadly passed away in the year 2000 but he left some great music that should be enjoyed by future generations even if they won’t know what a turntable was. The Lost Album is now available in this commemorative edition here. 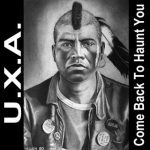 U.X.A. stood for United Experiments of America was a punk band that started in San Francisco and eventually moved to the Los Angeles area. The band featured a female vocalist named De De Troit. The band had a couple of songs on the Tooth and Nail compilation that was released on Chris D.’s Upsetter Records. Chris D. was best known for being in The Flesheaters and later Divine Horsemen. U.X.A. released their one and only album, the Illusions of Grandeur LP on Posh Boy Records way back in 1980. The album first came out in a “pre-release edition” that came in a stamped sleeve with no artwork. The record was then remixed and released with a proper cover. The band broke up soon after and De De Troit went on with a solo career and even released a relatively obscure 12″ on Mystic Records. This “re-imagined edition” is now available via iTunes with new artwork right here.

Posh Boy still has some other gems in the archives including the old CH3 records and some Redd Kross material. Here’s hoping there will be some nice digital editions of those in the future for the analog fearing masses.