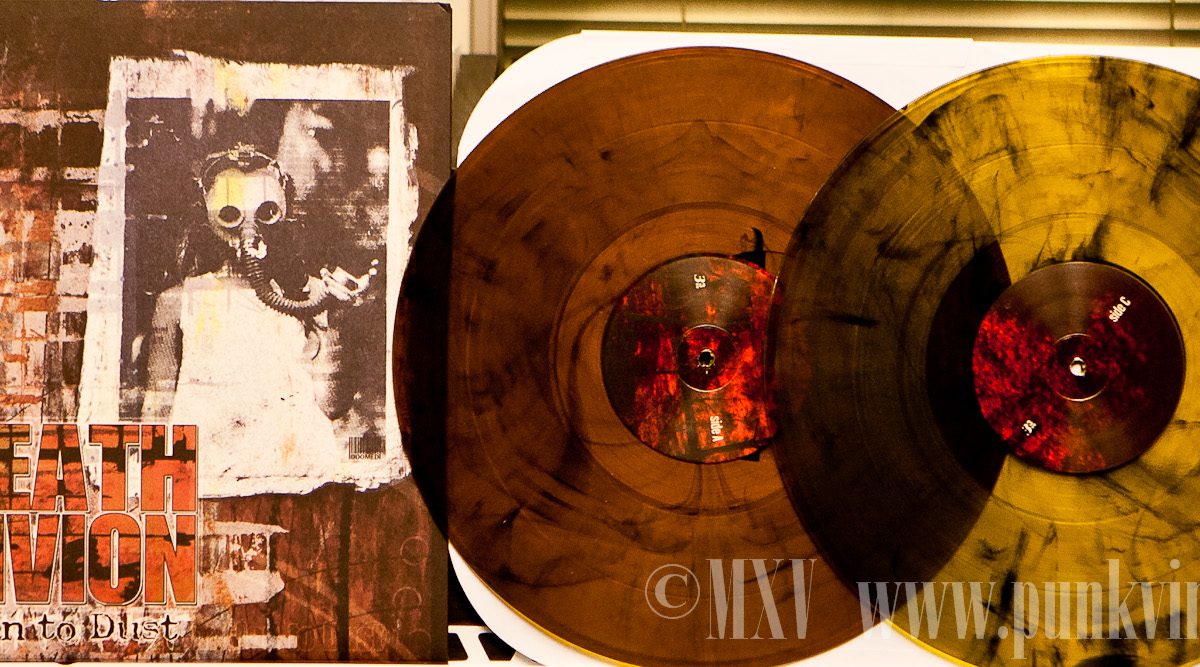 Beneath Oblivion – From Man to Dust

Doom metal with more complex song structures and post-rock/post-metal influences that result in a very interesting and heavy album that gets better with each successive listen.
Rating:

Beneath Oblivion – From Man to Dust LP
The Mylene Sheath

For their first full-length album, Beneath Oblivion find themselves a home on a label that wouldn’t be your first guess for a band of their ilk, and that’s The Mylene Sheath,  a label most known for releasing some of the finest post-rock albums ever made. In Beneath Oblivion, the label found itself a band that isn’t your typical doom metal band, but instead are so much more.

Beneath Oblivion start with the typical down-tuned, heavy guitars that churn and chug along at a slow deliberate pace and mix it with an ever lower-end bass and thick and heavy drumming. While many bands would just add some growling vocals on top of that and call it done, Beneath Oblivion just use that as the basic outline of their sound. They also incorporate keyboards and samples, the latter of which help give the songs added gloom and their song structures are more complex than normal for this style of music. They have long songs with a lot of tempo changes and breaks that you’d find in a band like Isis or Neurosis and even incorporate longer, quieter parts that slowly build back up to the heavy in a way that the post-rock bands have made a science out of. To top it all off they have multiple vocal styles that are high-pitched, almost mechanized screeching (which sound great), low guttural growls (aka: cookie-monster vocals which work in some places and not in others), and dabble in melodic singing in the album’s crown jewel, “Barren Earth”. The way they weave it all together works quite well and the album becomes more interesting with each listen and it grew on me a lot after only a couple of plays through. There’s a lot going on in their songs, and it works way more than it doesn’t and when it is working, it is a really satisfying heavy record with a twist.

The Mylene Sheath has become synonymous with top-notch packaging for their vinyl releases and this one is no exception. This album has a long running time and as a result it is split over two 33rpm 12″ vinyl discs. They come housed inside a matte-finish, full-color gatefold sleeve. Inside the cover is all the song titles and recording information. The records themselves have full-color labels and are pressed on colored vinyl (in this case it is gold w/black streaks that compliments the cover art beautifully and looks really cool when held up in the light). They did a nice mastering job that accentuates the low-end and helps fill out the really thick sound of the band. Unfortunately there’s no lyrics printed inside and there is no download code for mp3s to stick on your iPod for when you are away from the turntable.

If you like heavy music, doom-metal, and complex song structures, then Beneath Oblivion will be right up your alley. From Man to Dust is an impressive full-length debut that gets better with each listen and if these guys stick with it they are going to become quite popular in the world of metal.