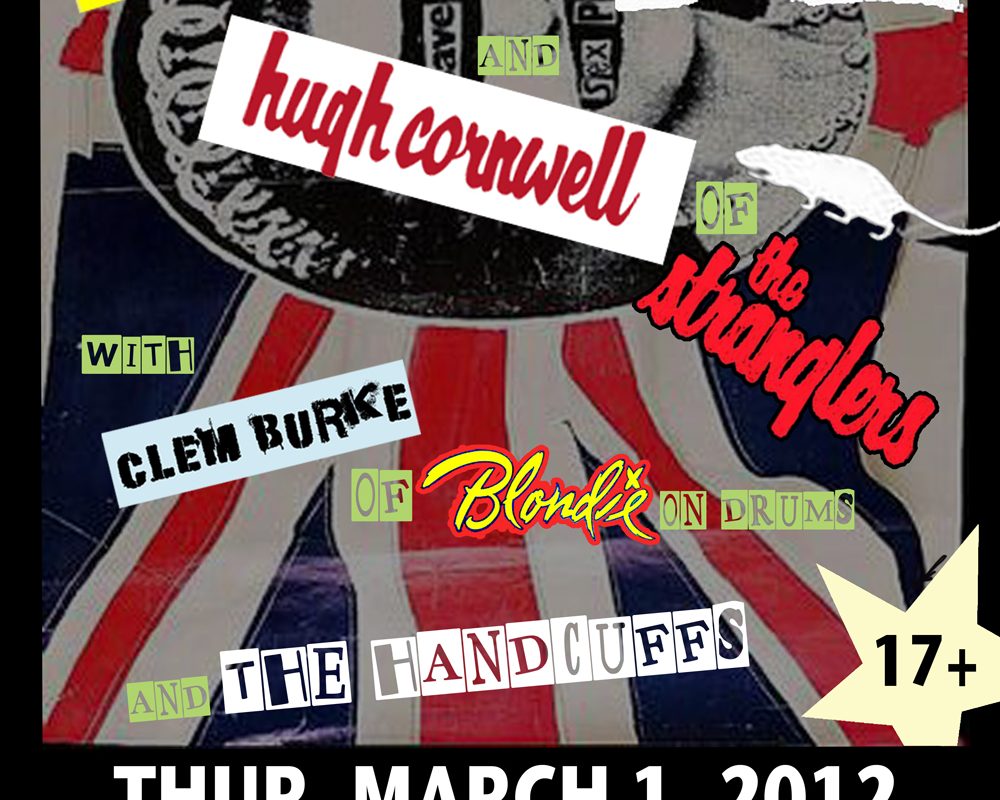 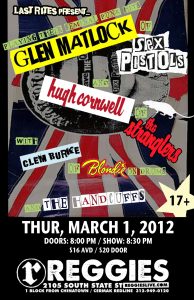 This coming Thursday night, two members of legendary first-wave punk bands along with a member of a legendary new-wave/pop band will join forces at Reggies to play two sets of their punk hits.

Glen Matlock was the original bass player for the Sex Pistols. He was the bass player that could actually play his bass and write songs. He was unceremoniously dumped from the band shortly before they recorded their album and replaced with Sid Vicious who looked more punk than Glen, but ended up loving heroin more than he loved playing the bass. When the Sex Pistols reunited in the 1990s, with Sid being unable to tour due to a lethal overdose that took his life in 1979, they did the sensible thing and got Glen to reclaim his bass position in the band, making the band 100 percent original. In his post-Sex Pistols career, Glen played in a band called The Rich Kids and even played briefly with his Sex Pistols replacement in Vicious White Kids.

Hugh Cornwell was the lead singer and guitarist of The Stranglers, who enjoyed a much longer career than the Sex Pistols did. The band put out a ton of records in their time together until Hugh left the band in 1990. Since then he has released a lot of solo records and continues to play and record music regularly.

These two punk veterans are being joined by Clem Burke of Blondie on drums. If you need Blondie explained to you then you were either born yesterday or have no inkling of music history as the band was huge in the late 1970s, scoring huge hits with songs like “Heart of Glass,” “Rapture,” “Call Me” and “The Tide is High”. Clem was with the band through most of their career and reunions.

Sounds like it will be a fun night of these guys playing the songs that got us all into punk rock in the first place. Doors open at 8pm and the show starts at 8:30pm. Tickets are $16 in advance or $20 at the door. Advance tickets can be purchased here. Reggies is at 2109 S. State Street in Chicago, IL.