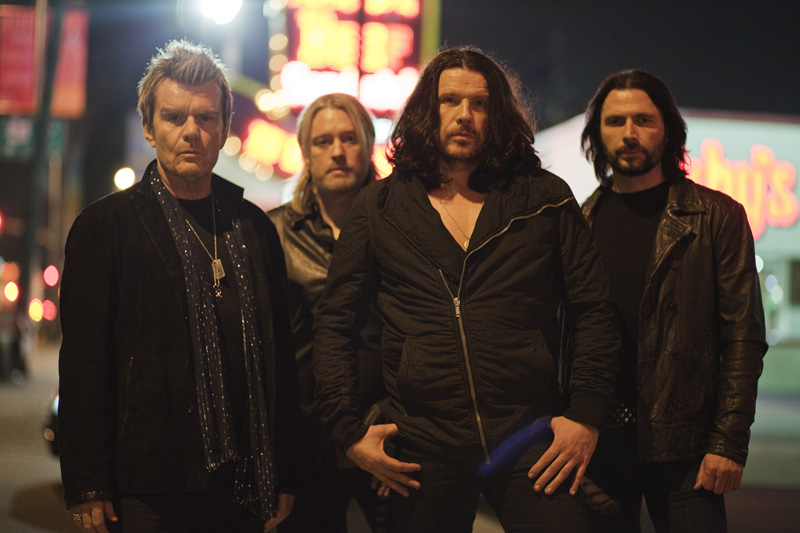 The Cult return to Chicago this Friday

The Cult has quite a lengthy history. They started in the early 1980’s after evolving from first Southern Death Cult, then Death Cult, and then they settled on a lineup and became The Cult. Their first three albums (Dreamtime, Love, and Electric) are among the all-time classics from that decade and Sonic Temple was no slouch either, netting them some additional mainstream success and MTV airplay (this was back when MTV was an actual music channel that played music videos). They put out a few records after that and a bunch of greatest hits collections but none of it seemed to match the success or the high standards of the aforementioned works.

At some point they took a hiatus as band members went on to do various things outside of The Cult (singer Ian Astbury tried his hand at acting when he joined what was left of The Doors and played the part of the deceased Jim Morrison, and more recently teamed up with Boris to release the BXI EP), but now they are dusting off The Cult name and have reignited the band with a new record and a tour. They released a 7″ picture disc on Record Store Day last month and it was their strongest material since Sonic Temple and it seemed to show the band is back in top form and ready to continue.

The Cult will be stopping here in Chicago this Friday to headline a show at the Congress Theater, which is a nice large venue that has hosted a lot of great shows in the past few years. They will be joined by Against Me, a band that is quite popular with the kids these days and while it may seem like a strange pairing, it will do a great job of attracting different generations of music fans that share a common thread in the world of music.

The doors open at 6:30pm for this all ages show. The Congress Theater is at 2135 N. Milwaukee Ave in Chicago and tickets are available right here. Ticket price is only 22 dollars which is a lot cheaper than a lot of similar sized shows have been recently so the show is a good value for the money.