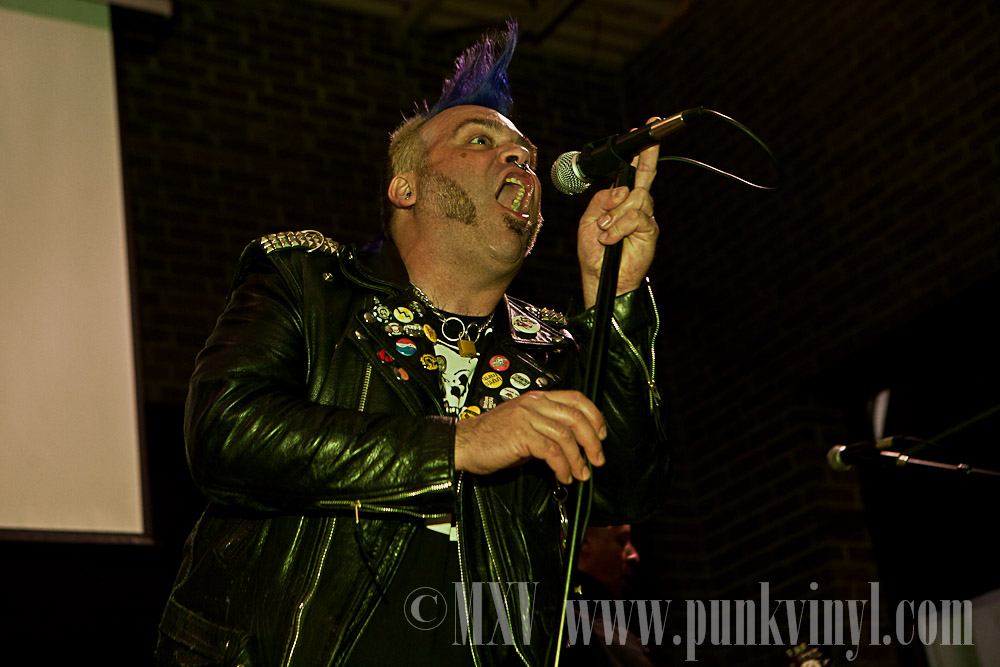 Paint by numbers with Destroy Everything 5/5/12

There’s a lot of parties and celebrations that happen on Cinco De Mayo, but the best one was happening in the industrial park section of Downers Grove where local punk legends, Destroy Everything, threw a big bash to celebrate the construction of their tour vehicle. The vehicle is a mammoth-sized RV and they invited anyone and everyone to come decorate it with spray paint and have a feast that was accompanied by three bands playing on a loading dock turned stage. A good amount of people turned up on this beautiful spring day and many of them brought paint to partake of the RV decorating.  There was a BBQ going as well as Gyros and plenty of beer to drink. It truly was a punk rock picnic. 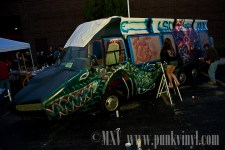 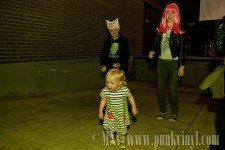 Hotlips Messiah took the dock first as the sun was starting to set. They played a solid set of songs from their album as well as some other ones. They had a different drummer this time out but that didn’t set them back at all and they sounded as excellent as always. Their keyboard driven quirky punk is a style all its own and they are easily one of the best bands in the area that deserves a lot more recognition.

Ass Cabbage played second and the band featured a member of Hotlips Messiah playing guitar and sharing vocal duties. This three-piece band packed a lot of punch and played fast-tempo, energetic punk rock. They too were pretty fun and entertaining and they played a short, solid set.

Destroy Everything soon followed. They now have a second guitarist who two decades earlier did time with some of these veterans as one of  the guitarists in the Insane War Tomatoes. His addition has added a thickness and extra oomph to the Destroy Everything sound and now their energetic up-tempo punk rock packs even more energy. They blasted through many of their staples from all of their albums and everyone out in the parking lot was drinking and having a good time. They sounded good, as good as you can with a makeshift PA in a loading dock and the second guitarist is a definite improvement on an already excellent band. They played about a 40 minute set and then left the stage to resume the festivities going on with the attendees, only to get up on stage and play another short impromptu set an hour later!

The paint by numbers picnic was a unique event that was a lot of fun and a great way to spend the second biggest drinking holiday of the year. Hopefully they will at least turn the picnic and show portion into an annual event.