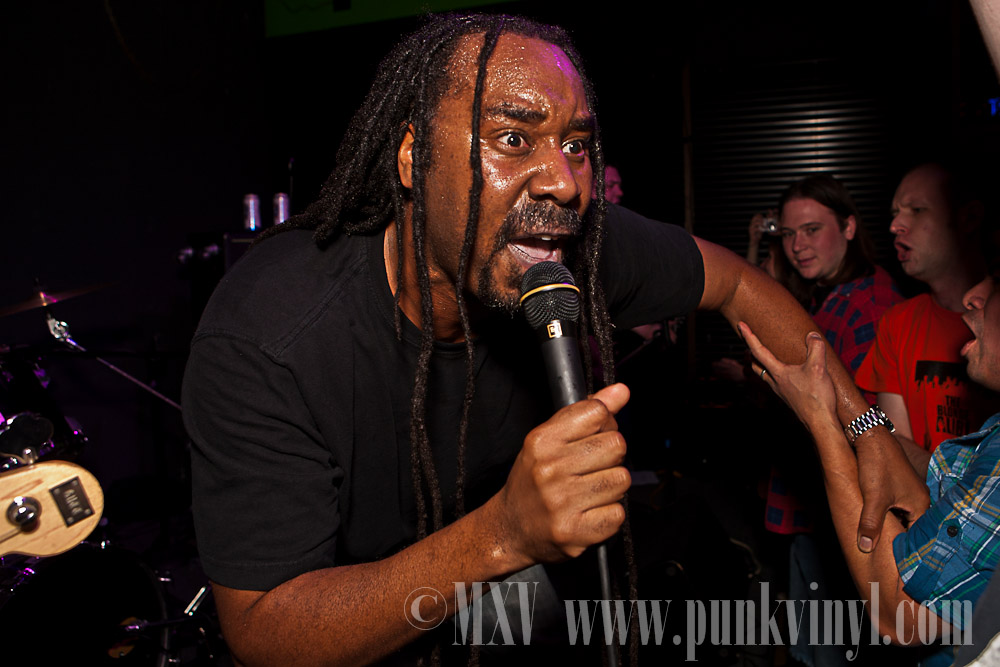 Saturday night one of Chicago’s finest punk bands of all time played their first show in the suburbs in about 17 years when The Bollweevils headlined a three band bill. The venue was the Brauerhouse and the suburb in question was Lombard, IL. People from all over made the easy journey to the club which was full.

First up was Napervillain MILFS. These guys did an entire set full of cover songs. Their rock covers were very good with a punk edge to them and quite enjoyable. Their punk rock covers on the other hand left a lot to be desired. Their cover of Husker Du’s, “New Day Rising” should never be attempted again. At the end of their set, Jeff Pezzati from Naked Raygun joined them for two songs; the first being a cover of  Thin Lizzy’s, “Jailbreak” and the last being a rendition of “Rat Patrol”. If these guys decide to solely be a cover band, they should stick to punking up rock songs as that aspect of their set was a lot of fun.

My Big Beautiful played second. They seemed to have more of the “it factor” than at their show last fall with Naked Raygun and something really clicked this time because they were really enjoyable. Their mid to fast tempo rock/punk was super catchy and fun, as was their cover of “American Girl” which had many people up front dancing (as in actual dancing, not playing human bumper cars). Their singer has a really great, melodic voice and they had a good, punchy guitar sound. They really delivered the goods on this evening.

The Bollweevils took the stage shortly after and they were sporting a new bass player. This was their first show with the new guy and he easily delivered the goods. They played a smorgasbord of old songs, and didn’t play any of their new stuff this time presumably due to having to break in a new member. They broke him in well so far as he has a real spark in his playing that injected additional energy to the rest of the band and they seemed more energetic than ever. This energy also ignited the crowd, who went absolutely crazy through the entire set. People were bouncing up and down and all around and sometimes even falling onto the tiny, one foot tall stage.

Every song sounded great, Daryl’s singing was top-notch and he was jumping around everywhere, including going out into the crowd to sing. Songs like “Dehumanize”, “Eye to Eye” and “Sundown” sounded as good, if not better than ever. They ended their set with “The Failure of Bill Dozer” (fun fact, Bill Dozer used to write for Spontaneous Combustion!) and left the stage for only a couple of minutes before the fans demanded an encore, which the band happily obliged by playing a couple more songs. When the dust settled, they played about an hour and left a wake of drunk, sweaty, and happy bodies in their wake. It was a great ending to an incredibly fun night out with a great crowd.