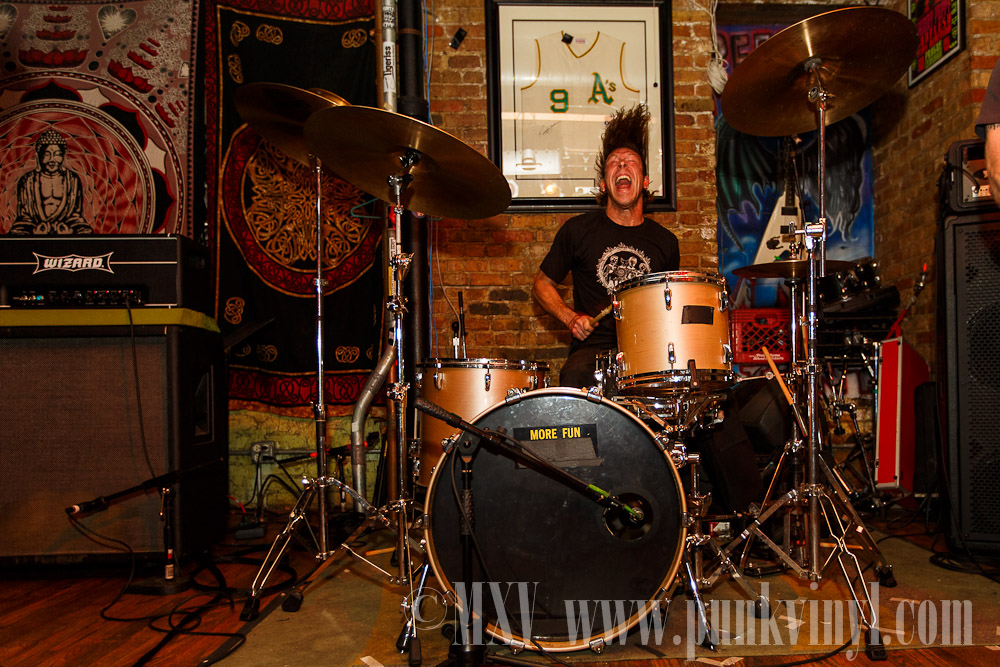 Friday night was a semi-private party over at Reggies Music Joint (the bar next door to the rock club that also has live music in there regularly) where a birthday was celebrated and Chicago instrumental rock trio Electric Hawk played. The birthday in question was for none other than former Spontaneous Combustion (the printed music zine that indirectly morphed into this website) writer LightDave. The whole shindig was put together as a surprise for LightDave’s birthday but the bar was still open to the general public so if you didn’t wander into Reggies Music Joint the other night, here’s what you missed.

Electric Hawk played a great set of their hard-edged instrumental music that sounded easily as good as they did the previous week when they opened for Shiner at Bottom Lounge. These guys are a great trio with some really great songs that pack quite a punch and have some really interesting guitar work and effects going on. Their drummer did time in Milemarker during that band’s best years and the other two guys have spent time in a variety of bands as well. These three together seem to form a perfect fit and they should be on everyone’s radar as they are well worth checking out, as is their recent album.

Here’s some photos from the event. After Electric Hawk played their set they brought LightDave up on stage and made him sing a few Guided By Voices songs with them, including “Motor Away”.