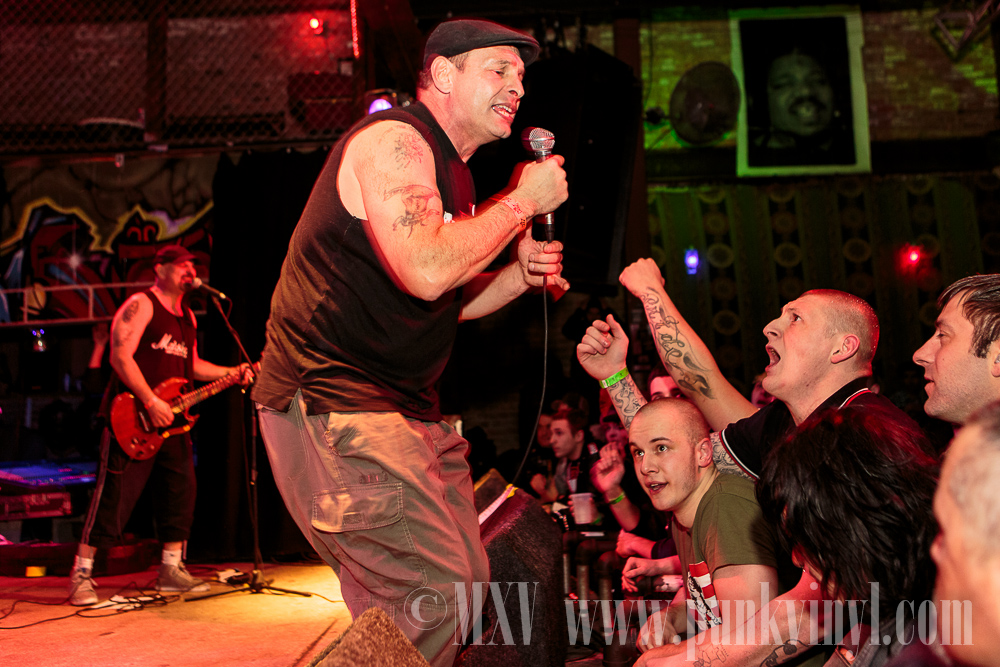 Thursday night was a night for punk rock veterans as three bands that have been around a minimum of 20 years shared a bill with way too many other bands for a weeknight show over at Reggies. The threat of a snow storm couldn’t keep the place from filling up full of punk rock fans from multiple generations.

The Crombies, who have at least one member from Deals Gone Bad in their band, played some upbeat ska. They had a classic 2-tone style to their music and they had a bunch of fans in the audience who were dancing along to their songs.

Modern Day Rippers played fast tempo, punchy punk that often crossed the hardcore border. The played  with more energy than usual and their set was blistering. Singer, Germ, was his usual entertaining self. These guys are a lot of fun and well worth checking out if you get a chance.

The Bollweevils made a rare appearance to play this show. They easily stole the show with their tuneful and catchy hardcore. The band not only played some of their regular staples but they played some songs they rarely ever play. If that wasn’t enough they also played four new songs! The new songs sounded as good as anything in their discography and they really need to get them released on a new record immediately.

The legendary Youth Brigade quickly followed. They were down a Stern brother and instead had two different members and were now a four-piece. They played all the “hits” from their early days along with some newer songs that aren’t really that new anymore either. They sounded great, talked a lot between songs and the crowd went bananas during their entire set.

The crowd thinned out a bit due to the snowstorm when the Cockney Rejects took the stage. They played a long set full of their classics and the crowd up front which was heavy on the skinheads sang along and danced around.  The band had a lot of energy that the crowd picked up on and gave it right back to them. They played so many songs that it’s hard to imagine anyone who was a fan of theirs was disappointed and if anyone was you’d be hard pressed to detect it while scanning the crowd.  They put a nice finish to a long night (too long really) that featured some great punk legends that was worth driving home in a storm and staying up late.