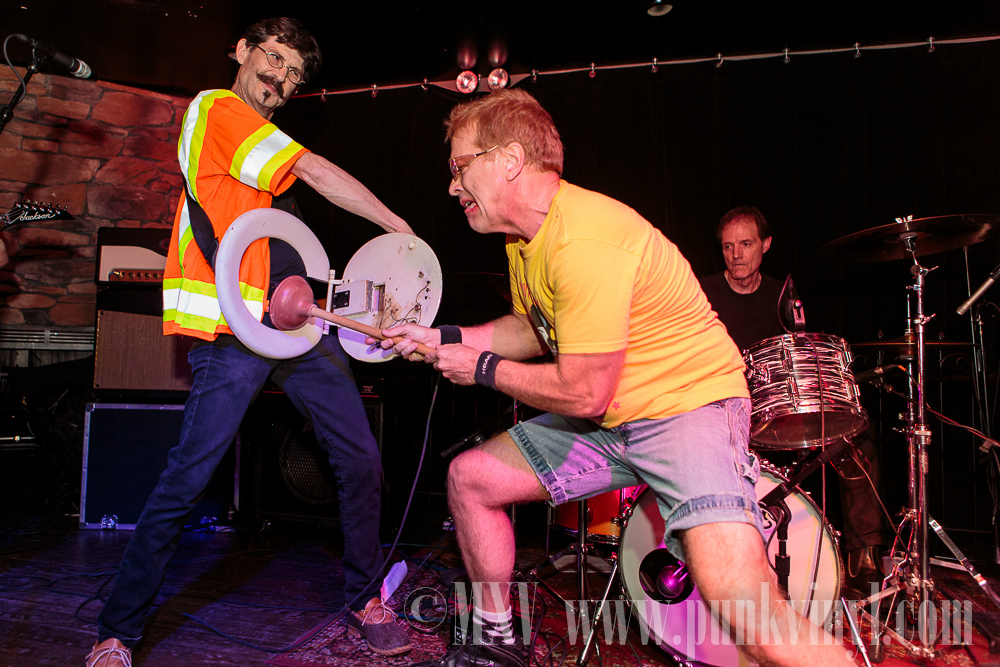 Hotlips Messiah is the cream of the crop when it comes to current Chicago area punk bands. These guys have a very 70’s punk influence ala The Screamers but put their own sci-fi twist on it. Their songs are super catchy, punchy and have good hooks. The keyboards add an excellent driving element to their songs and they are just a lot of fun. Lead singer Traci Trouble bounced all over the stage while delivering a great vocal performance all while wearing flashing light glasses. The band belted out such greats as “Mutants Unite” and “Several Species of Small Furry Animals…” which sounded great and just happen to be their two best songs. These guys are a must-see if you live anywhere they happen to be playing and it’s really a crime that they aren’t a household name by now.

One of the oldest punk bands from Chicago is also one that shares or shared members with other classic punk bands followed and that was Silver Abuse. These guys play really out-there quirky art-punk that was usually of the mid-tempo variety and somewhat noisy and disjointed. This evening they seemed to have reworked some of their songs and boy did they sound good. They opened with “Ron Santo” and it was faster, had a really great driving keyboard sound and was amazing! This set the stage for a full set of great, quirky tunes that seemed to have been given new life. This was easily one of their best performances in all the years they’ve been playing again in recent history and they really seem to be at the top of their game some 30 years after they first formed! They need to play again immediately!

They saved the best for last, which also just happened to be the first – Chicago punk band that is, Tutu and the Pirates. Any time these veterans play should be a national holiday. They are the most fun and entertaining punk band ever to come out of the Windy City and tonight was no exception. They played their usual array of classic punk rock tunes as well as the new songs from their split single with Hotlips Messiah. They were as spot-on as usual and it was impossible not to smile during their set. Near the end of their set, Frankie Paradise busted out the toilet bass which meant it was time for “I Want to be a Janitor” and during the middle of the song he opened up the seat tor receive a plunging from Little Richie Speck. That gimmick never stops being amusing and that is one of their many great songs. They played over 45 minutes and ended their set with a song called “Boiled Alive” that they had Traci Trouble join them on stage to sing along with.

It was a great night to be a Chicago punk fan at the Cobra Lounge and those of you who opted to miss this for other shows that night made a poor choice. Hopefully these bands will play together on the same bill again someday as it was really a stellar lineup.