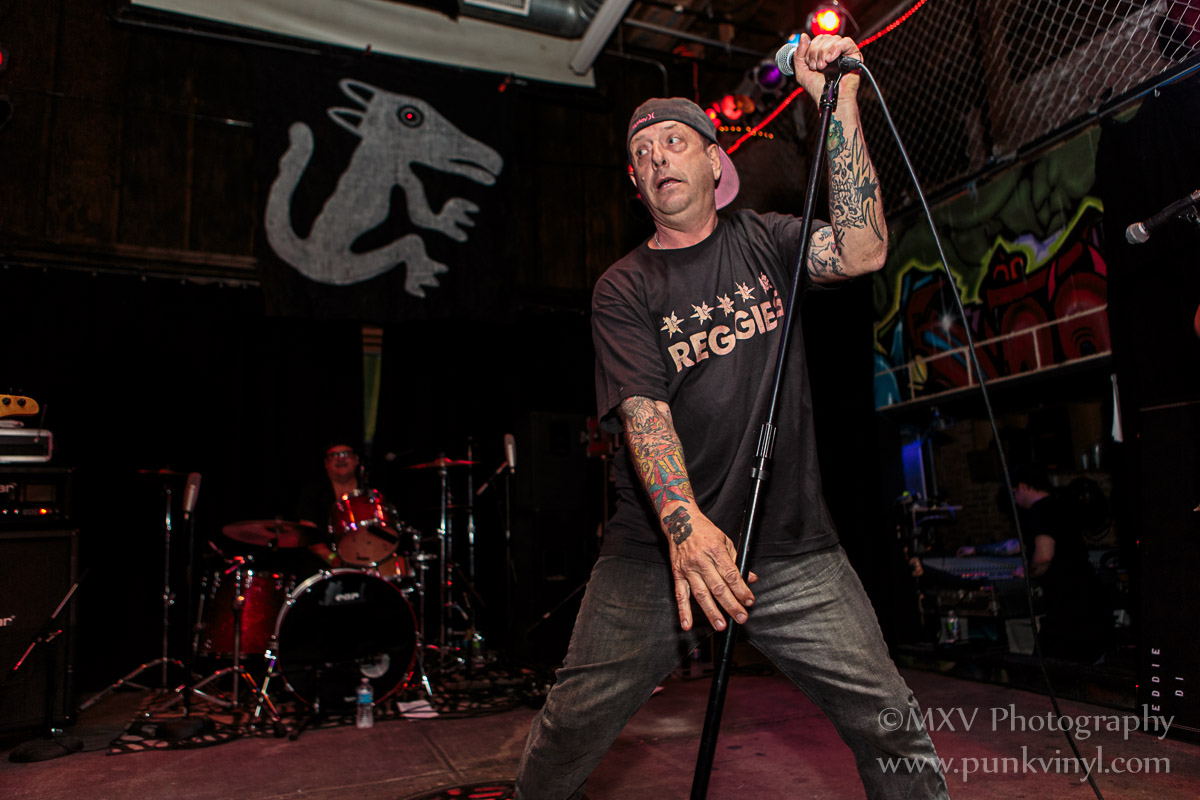 As summer finally is getting under way it means that more bands are touring. Tuesday night one of those bands is punk rock legends, D.I. who headlined an evening of punk rock over at Reggies in the South Loop. Those willing to stay up late on a weeknight and sit through five bands was in for a good time as it was a pretty solid (albeit bloated) lineup.

First up was She Likes Todd. They put on a half-hour set of tuneful punk rock. Mostly fast tempo songs with a good energy level. While they didn’t blow the roof off the place they weren’t a bad way to kill a half-hour.

Next up was Hotlips Messiah. They have been on a tear lately and constantly getting better and this was no exception. They were pretty spot-on and dusted off some older material for this show that they mixed in with their current crop of great keyboard laced punk rock. Lead singer, Traci Trouble is a great frontwoman with great stage presence. Their one flaw was not playing, “Mutants Unite” which is one of their best songs but that’s not to say the rest of the set wasn’t great because it certainly was. It was just one song away from perfect.

The Bollweevils played third. During the first couple of songs Daryl was having microphone problems and ended up getting pissed and smashing a microphone and a mic stand. Once he got a working mic then the band really turned it up a notch and played perfectly. They played a few new songs along with their large array of classics. The crowd was way into it and every time these guys play is a real treat. They were the best punk band in Chicago during their initial run and it’s really great that they are still playing and still as great as ever.

Juicehead was up next and how these guys played after The Bollweevils is a mystery. Their set seemed to drag on way to long and while in it was a couple of enjoyable songs, it was littered with covers and too much of the same sounding stuff. They really should have played first, and shorter.

D.I. finally took the stage and for those that stuck around that late they were treated to a solid performance of old hits plus a couple of new songs from their brand new E.P. Casey is an entertaining front-man and his voice still sounds pretty much the same as it did 30 years ago. The crowd went nuts for all the hits and the new songs fit right in (and even sounded like the classics). They had a fun set that the crowd enjoyed from start to finish proving that age doesn’t matter and the old timers can still go. When the band left the stage it was after midnight and the older folks in the crowd were likely going to be very tired at work in the morning, but it was well worth it.