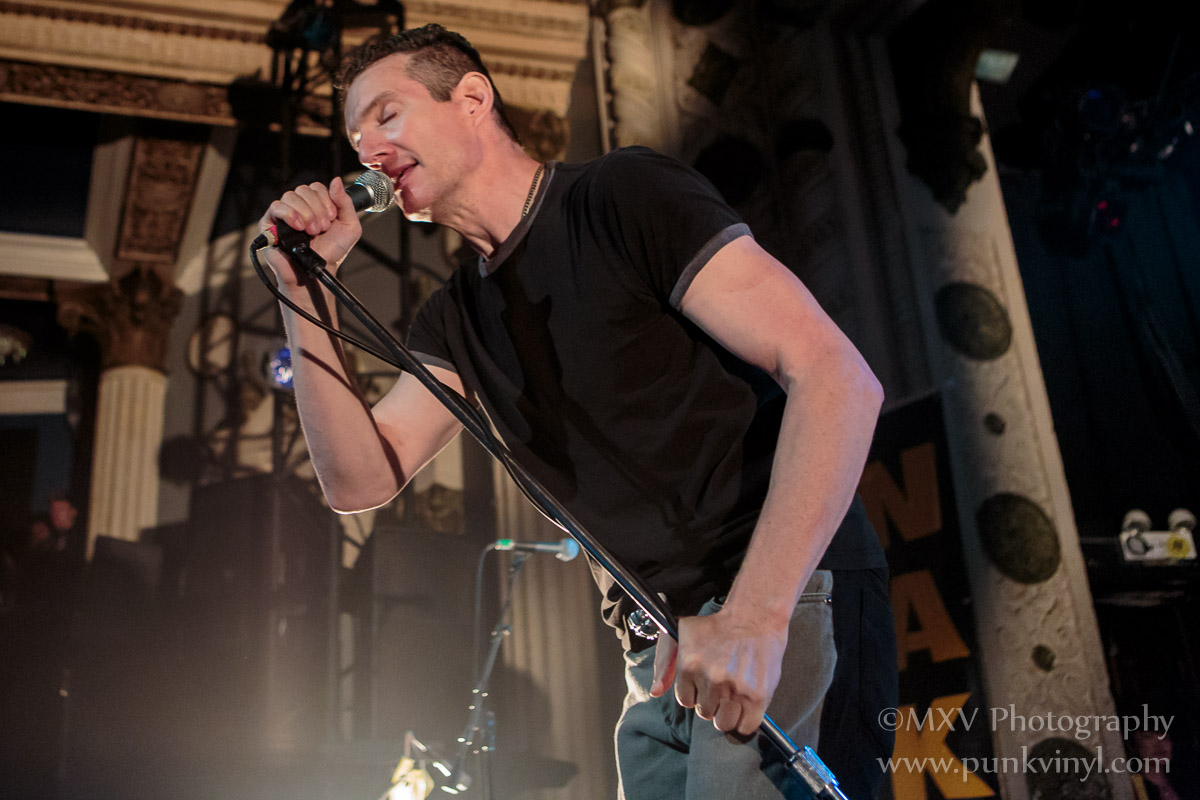 The Metro turned 30 years old this year and what better way to celebrate than with a band that has been around even longer and was one of the bands who were regulars there. Naked Raygun are super heroes in the city of Chicago and their shows in the old days at the Metro were legendary. Every time they used to play there it was a big deal and that same big deal vibe was prevalent in the club Friday night as the club rapidly filled up with fans spanning multiple generations.

The Crombies started off the fun with a short set of their brand of ska. Their playing was top-notch and they didn’t have any of those annoying horns that are so prevalent in that genre of music. They had a good groove and some catchy tunes and the crowd loved them.

Punk rock veterans/legends the Zero Boys took the stage next. They don’t come around very often so when they do it is always something special and this was no exception. They played some new songs from an EP that was just released and it is probably their strongest material of anything they’ve done after the first album. Speaking of the first album, they ended up playing most of it and the crowd went crazy for those great hardcore songs that sound as good now as they did 30 years ago. Those new songs fit right in and had similar elements of their early sound but just a little slower. Anyone who opted to go to the Saturday night show instead of this one should kick themselves for missing this band.

Naked Raygun took the stage and played the 2112 overture as their opening song before tearing into one of their best sets in years. They busted out some unusual songs from their back catalog that either they rarely played, haven’t played in decades, or never played before. Highlights of their set was “Rocks of Sweden” which they never played before, Jake Burns of Stiff Little Fingers singing, “Suspect Device” and Pierre coming out near the end of their set to play a few songs with the band. The crowd went nuts and gave him an amazingly warm and huge reaction when he walked out on stage to join the band as he was sorely missed the past year or two. The “free shit” consisted of pink frisbees and the total set time was well over 90 minutes and there wasn’t a dull moment in the entire thing.

Thirty years is a very long time and the Metro is an institution of the Chicago music scene and it was a great birthday celebration having Naked Raygun perform on that stage and proving that they are still the super heroes that Chicago made them to be. It was easily one of the best Naked Raygun performances in years.