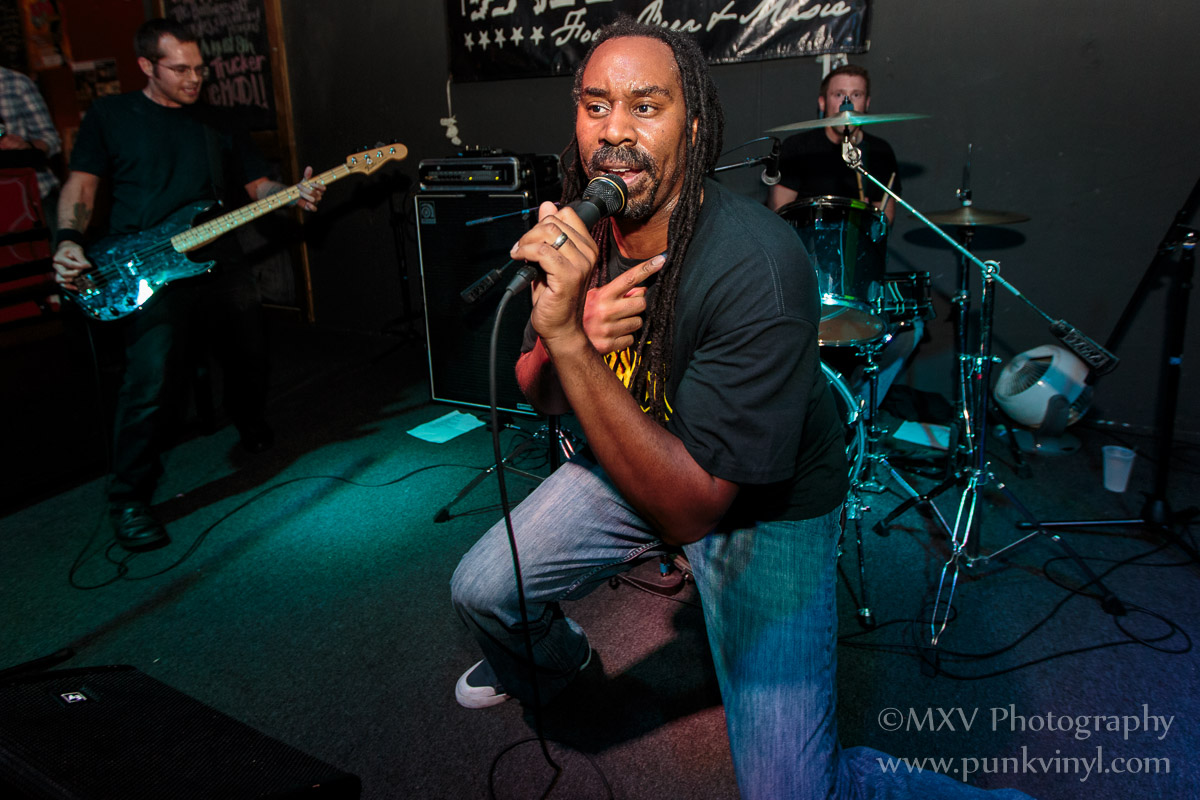 While Lollapallooza was happening down in the city something far more interesting and intimate was happening out in the suburbs as The Bollweevils headlined a show at the Brauerhouse in Lombard. They were part of a three band bill that drew an impressive amount of people considering half the world was at that big outdoor festival.

First up was Death and Memphis. They were less punk and more rock and even had a keyboard player. They had a good sound with uptempo, hard-edged rock songs, many of which were pretty catchy. They played with a good amount of energy and their set was quite enjoyable.

A band with a fairly long history was up next and that was The Parasites. They’ve been around since the end of the 1980’s and have gone through numerous lineup changes with founding member Dave Parasite being the one constant. After a long hiatus, Dave has reactivated the Parasites with a new backing band and their home base is now Illinois! These guys played a really great set of fast paced pop-punk songs. They would play songs in three to four song bursts without stopping and then would take a little break to talk to the crowd and play the next batch. They were really entertaining and it was great to see the band (in any form) active again.

Speaking of active, Chicago’s Bollweevils have had a pretty active year compared to the last couple and they once again brought their A game this evening. They played a lot of older songs and busted out some songs that they haven’t played in over 15 years! They were every bit as powerful and energetic as they were back in the old days and this band lately has really been hitting them out of the park with their live performances. This was no different and the crowd ate up their set like candy. They showed why they were Chicago’s best band of the 1990’s and they are on a path to regain that title in the current decade with shows like these. The crowd danced and sang along and the band’s set was a lot of fun. It is really a treat having this band back and active again and now all they need to do is start releasing some new records as the new material they’ve been playing is fantastic. They played for about an hour and the crowd loved every minute of it and wanted more but sadly it was time to call it a night. Those who either went to Lollapalloza or opted to stay home really missed out on a great three band show.