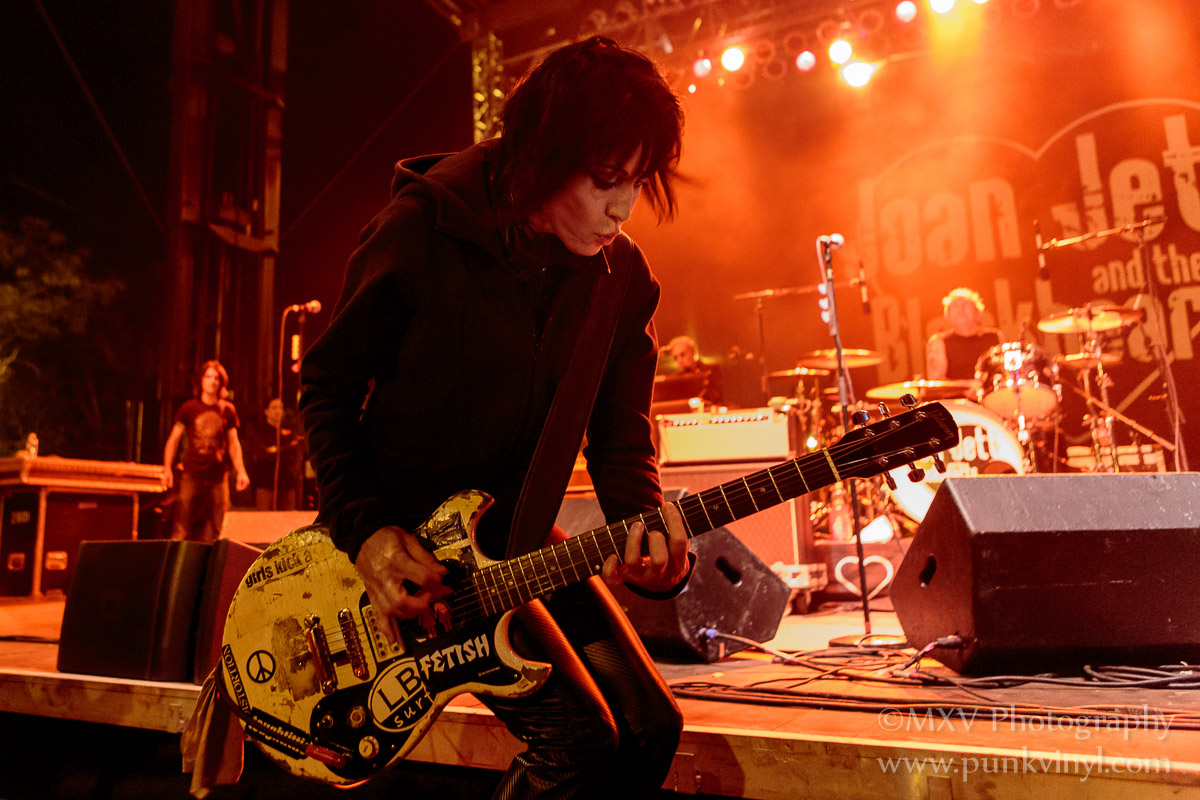 Summer is ending which also means that festival season is also coming to an end but it went out with a bang last weekend when the annual Riot Fest took place in Humboldt Park. Last year the fest grew from being held in multiple venues across the city to being an outdoor festival contained in a single location and it was a huge success. This year they aimed even higher by adding a third day outdoors (last year they did one night at the Congress Theater and two full days outdoors) and expanding the lineup of bands to include multiple genres that resulted in there truly being something for everyone. On top of the great music spread across five stages they also had carnival rides and games, vendors, plenty of food options, wrestling, and a butter sculpture of John Stamos! The biggest draw of course was, of course, the bands and there were plenty of them to see.

Chicago natives, Flatfoot 56  were no strangers to a Riot Fest stage but they were strangers to the outdoor version’s stage. Despite them being one of the first bands playing that day, a big crowd formed for them of excitable and mostly younger punk rock fans who wasted no time starting a sizable mosh pit when the band started playing. They played a very fun and upbeat set full of fast-tempo punk and hardcore songs complete with bagpipes.

Another band native to the Windy City, the Smoking Popes were next on an even bigger stage with a bigger crowd. They wowed the crowd with their amazingly catchy pop/punk songs. They really are more of a pop band than anything and it’s hard not to like their punchy melodies and smooth vocals. They were all smiles when they were playing as well and the crowd ate them up like candy. They played selections from a few of their albums and they sounded great.

You can’t have a party without Andrew W.K. and he brought his band of rock and roll party men (and woman) in full force and turned up the energy meter to the max. He danced and jumped all over the place, as did his female tag-team partner while his band belted out fast-paced party rock anthems. The crowd went absolutely nuts jumping around and singing along and chanting and Andrew and his band just took that energy and gave even more of it back to the massive audience. He was a repeat from last year and judging by this performance don’t be surprised if he becomes a yearly staple of Riot Fest as everyone loves him.

Punk rock veterans and festival regulars, Bad Religion, took the stage next. This time they were without longtime guitarist, Greg Hetson and instead had a new guy filling his shoes. The new guy did a fine job and the band played a set very similar to the one they played at the Congress Theater early this year. It had many new songs along with some of the better selections from past albums and once again they busted out “We’re Only Going to Die” from their first album (which is one of the finer punk albums of its time) as their second song! These guys have been at it over 30 years now and they show no signs of slowing down and old age hasn’t taken a thing from their sound or passion at all. They are the AC/DC of punk, constantly consistent in both their recorded output, sound and performances. If you were a Bad Religion fan and at this show then you were a happy customer.

As the sun was setting, Atmosphere drew a gigantic crowd. This one man plus two “DJ’s” outfit played rap/hip-hop. They were also big proponents of pot as evidenced by the smell and look of the audience. Slug (the rapper) paced back and forth waving his arms around and constantly telling the crowd to put their hands up along with all the other cliché gimmicks one would find at a modern rap or hip-hop show. It really wasn’t anything special but the large number of fans that were packed in like sardines to see him would probably disagree with that sentiment but maybe you have to be stoned to see the appeal.

The highlight of the entire day also drew the second biggest crowd of the night and that was legendary rocker Joan Jett! So many people packed in to see her that it was impossible to move from the front of the stage going back about almost a full block (and it was actually rather dangerous if you were stuck in that crowd and needed to get out). Joan took the stage and put on a rock and roll clinic. She sounded amazing and the band performed an amazing set of her rock and roll hits including such staples as “Do You Wanna Touch Me?”, “I Love Rock and Roll” and her better than the original cover of “Crimson and Clover”. Don’t worry, she didn’t leave out “Bad Reputation” either. The woman should be in the rock and roll hall of fame as she can rival any rocker of either sex. This was a perfect example of why it is such a good thing that Riot Fest branched out and became “big time” because acts like this deserve a huge stage and to be included in these outdoor festivals. The talk of the crowd for the rest of the night was how good Joan Jett was this evening.

The final act of the night was Fall Out Boy. They also drew a crowd so big you couldn’t see the end of it. They also packed and smashed each other into the front of the barricade so hard that people were getting hurt and the band had to stop a few times and tell the crowd to move back and pick people up off the ground who had fallen and couldn’t get up. It was chaos out there in the audience with all these kids flying in all directions and pushing and shoving. The security couldn’t keep up with all of it. The band played punchy pop songs and girls screamed and clapped and everyone was singing along to their melodic tunes. They first came out all wearing ski masks but took them off after the first song (which made all the little girls in the audience scream). It gave the younger demographic of the audience a huge send off for the night while the older ones were probably still glowing from the amazing Joan Jett performance.

After Fall Out Boy left the stage it was time to evacuate the park for the evening as the show was over and day one was a rousing success. The weather was a little on the cold side, especially when the sun went down but the action kept the crowd warm and satisfied from the time the gates opened to when it closed.