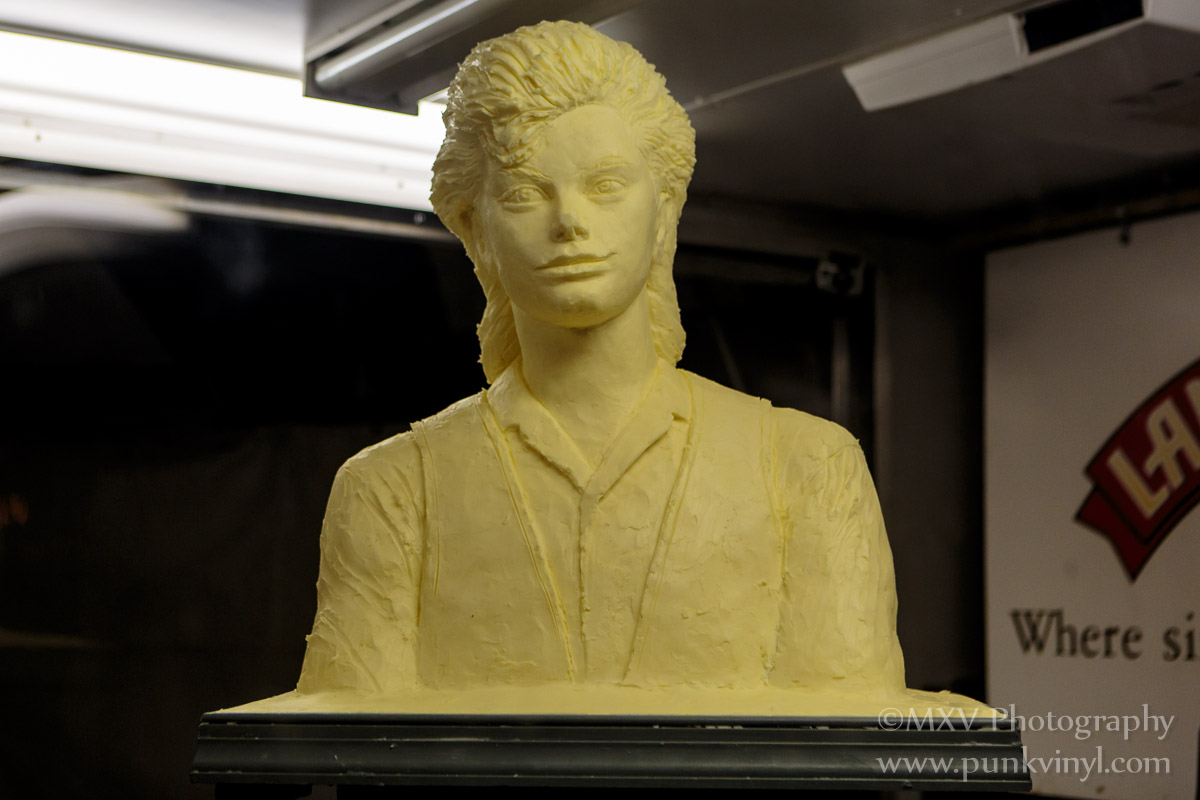 On Saturday the weather was absolutely perfect for an outdoor festival and even more people turned up for the second day of Riot Fest than the record-breaking first day and they got there earlier too. The show started before lunch time and the place was plenty packed by the time noon rolled around. This was due largely to the large number of amazing bands they had booked for the day. This was another day where depending on what stage you were at there was something for everyone which is part of the Riot Fest magic.

The Selecter has been around in one form or another for well over 30 years now and as such they have a large cult following who packed the stage they were playing on early in the day. They are a ska band in the very traditional sense complete with all the bells and whistles…. make that horns and saxophones. People actually danced around in the audience and the band made a lot of people smile even more than the nice weather did. The band was dressed up in suits and were very slick-looking and they played flawlessly to a very appreciative crowd.

The recently reunited Dinosaur Jr. was one of the highlights of the day. They were one of the loudest bands of the day but the massive volume didn’t come at the expense of sound quality as everything sounded crystal clear. They played almost non-stop for the duration of their set and played a mix of older and newer songs. One of the high points was their playing “The Wagon” as the second song and it sounded amazing. J. Mascis rarely looked away from his guitar and pretty much kept his eyes closed the entire set but he played with such precision it was awe-inspiring. The fact he rarely looks up or even opens his eyes is likely how the term “shoegaze” got invented. The bass player was the polar opposite and he bounced around a lot while playing and did his share of head banging while playing away. They were amazing and one of the best acts of the days.

Pennywise has been a staple of the festival circuit for years now and they recently reunited with their original singer and fans couldn’t be happier about it. The band is also better off for it too as they are infinitely better in their true form than they ever were with the replacement singer they had (the guy did a good enough job but it just wasn’t the same). They seem to be re-energized as well by this reformation as they played with more enthusiasm than they have in years. Non-stop energy and excitement from start to finish and it was really nice to see them back in true form.

Guided By Voices followed on the adjacent stage and their indie pop/rock songs translated nicely to the large stage and the giant crowd. They too sounded great as they played a ton of songs from various stages of their career. Singer Robert Pollard didn’t seem as drunk as he’s been known for which meant he also was a little more subdued than usual but that didn’t detract at all from their fine songs.

Most punk fans are likely familiar with the whole Black Flag/Flag saga. The NOT Black Flag band known simply as Flag turned out to be the far better of the two bands touring currently playing Black Flag songs. Flag consists of former Black Flag members Bill Stevenson, Keith Morris, Dez Cadena and Chuck Dukowski along with Stephen Eggerton of the Descendents. Stephen even had the same clear plastic guitar that Greg Ginn used to play in Black Flag and not only that, he played those Black Flag songs as good as Greg used to, if not tighter. The entire band played them better and tighter. It was like going in a time machine to 1981 when hardcore was fresh and exciting and Flag’s set was very exciting. It was amazing how intense and powerful these songs were considering everyone on that stage is an old man. Chuck is one of the most active bass players of all time and still moves around like he did 30 years ago and Keith proved once again that he is still one of the best punk rock front men of all time. They played a good chunk of material from the first four years of Black Flag and even played “My War”! Keith sang for most of the set but then he tagged in Dez who sang the songs from the Six Pack single along with their famous cover of “Louie Louie” Every bit of hype you’ve read about Flag and how good this touring act is was proven true this day. It was shocking just how good and energetic and authentic this was.

Rock and roll hall of fame legends, Blondie, played next. Original members Debbie Harry, Chris Stein and Clem Burke along with two additional newer members treated Riot Fest to a greatest hits performance worthy of being released as a live album. Debbie came out on stage wearing what looked like a pope outfit but in black and she danced about the stage and sang like an angel while the band belted out hit after hit. Name a Blondie song you’ve heard of and they played it and the set was a lot of fun. The band has been at it for close to four decades now and they sounded every bit as good now as they did in the 1970’s! Much like Joan Jett the day before, this was an amazing treat to have this band be part of the festival.

Another hall of fame act took a different stage and played a much different style of music and that was Public Enemy! Along with Run DMC, Public Enemy helped put rap music on the map and made the world take that form of music seriously. The band which aside from the DJ (PE’s original DJ, Terminator X, retired from music some number of years ago and has since been replace by DJ Lord) features all the same cast of characters as they did in their heyday and they put on a rap clinic Saturday night and drew an audience far lager than could fit in the too narrow confines of that particular stage and area of the festival grounds. The band opened with “Lost at Birth” and proceeded to hit a home run with each song they played from their groundbreaking albums of the late 1980’s/early 1990’s. Chuck D. was the ever commanding leader who’s booming voice demands attention while his comedic sidekick Flavor Flav brought the fun and excitement to the table. Professor Griff contributed some vocals as well as intimidated the audience with his S1W’s.  PE is incapable of putting on a bad performance and they killed it this night and proved that they are still one of the very best rap acts in the world.

Violent Femmes were next and they attracted pretty much every single person in the festival ground over the age of 35. Their first album, despite not being on any charts back when it was released, was one of the most popular albums of the 1980s that transcended musical genres at the time. Pretty  much every girl who went to high school in the mid to late 1980’s had that album and loved that band and many of the guys did as well. That record is so closely associated with that period of time that their songs have been used in movies set in that time period.  While the band members didn’t look the same (they are 30 years older after all), they sounded exactly the same as they did 30 years ago. The singer’s voice sounded exactly the same and if you closed your eyes you would have thought you were back in high school in the 1980s. This feeling was aided by the fact that they played their entire first album in order from start to finish! Every female in the audience sang along (many of them poorly) to every song. The band could have just played the music and let the crowd do all the work for the vocals but thankfully they didn’t. It was really neat to witness the band play that full album and it was a wonderful bit of nostalgia that made tens of thousands of people who came to that stage very happy.

The younger generation got to shine and close out the show as Blink 182 was the final act of the evening. There were so many kids packed in as close as possible to the front of the stage that not only did the barricade look like it may cave in but people appeared to be standing on top of each other in an effort to squeeze in even closer. It certainly looked like a disaster waiting to happen. The band came out and the kids went completely crazy as the three-piece band played over an hour’s worth of their brand of pop punk which in reality has way  more to do with pop than it does punk.  That’ what the kids love though and the bodies were flying over the barricade in record numbers. The unfortunate side effect of all that chaos was that people got hurt and some were carted away to waiting ambulances and it was a small miracle that no one was crippled or trampled to death. The band kept playing and the kids kept getting crazier and crazier. This set was probably the young person’s equivalent of what the older generation felt like seeing the Violent Femmes except the old timers don’t push, shove and climb all over each other. The kids had a blast though and the band performed to their satisfaction and when it was done they sent that massive, hyper crowd home battered, bruised, and sweaty but smiling all the way closing out an amazingly beautiful day of music, food, and fun.